Skip to content
March 1, 2003 in Filmink See more stories from this title 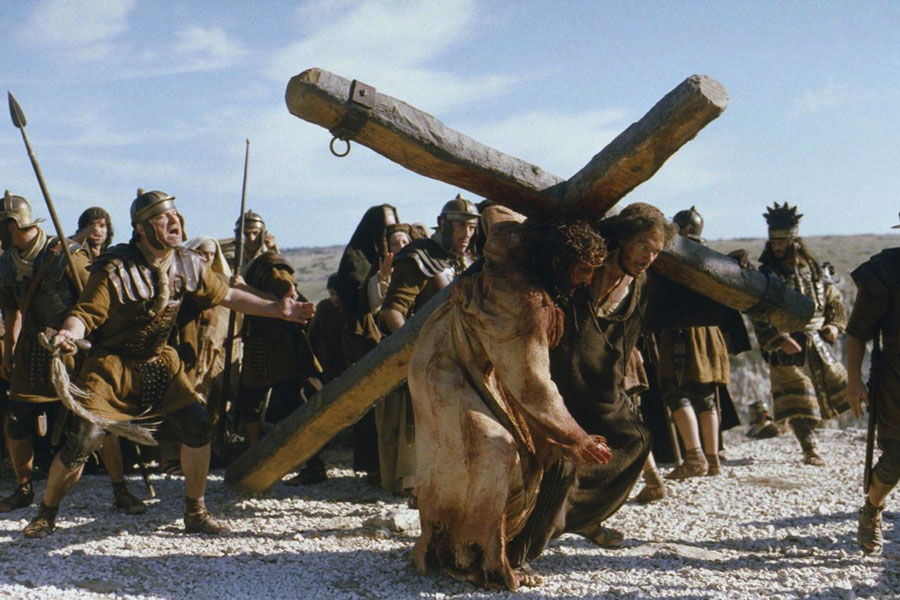 How do you court controversy in Hollywood? You bait one of the most powerful institutions in the country. Nobody cares if you depict half naked women using their bodies to get ahead. Nobody minds much if you blow a gang of baddies away with an AK-47. Nobody even minds car chases or natural disasters with destruction of epic proportions.

But portray religion and you’re asking for trouble. As even Kevin Smith (Dogma) found out, you’re waving a red flag to the Christian Right before you’ll even get a single frame shot.

We all heard the media noise months ago about Mel Gibson’s new Jesus Christ project. The most vocal opponents were uppity Jewish groups terrified that the world’s most famous devout Catholic was making a movie about Jesus — their assumption that it would automatically point an accusing finger at Jews for killing Jesus.

While everyone from the Vatican to the notoriously litigous Jewish lobby group Anti Defamation League got in on the act, most of us just wondered about the merits of a feature film shot in two languages that were out of use, without subtitles.

And finally the wait’s over. The Passion has become Passion of the Christ, subtitles have been added, and even the Pope’s given it the thumbs up (and it must be good if it kept him awake that long).

The verdict is twofold. As a piece of cinema, Passion of the Christ is a triumph. Gibson, his cinematographer, sound effects and make up effects team have lovingly crafted the most powerful and effective film of the year so far, and more so than many in recent years.

As an experience, be warned; it’s not for the overly sensitive. Harrowing is too soft a word for the emotional and mental jack hammering Passion will give you. Depicting the final day of Christ’s life, it’s almost two and a half hours of the most brutal scenes you’ve ever seen on a film screen. To many, the savagery will be offensive.

So like recent offerings Baise Moi and Irreversible, it’s not a film to be enjoyed, but rather experienced. You won’t enjoy it (during the first screening, Filmink had never seen so many people in tears at the end of a movie), but hopefully you’ll appreciate it.

This is no Good News Bible, and forget all the happy pictures your remember from Sunday School books or most other movies about Christ, who offer him up as a glowing, untouchable angel. Passion tells the story as it is in the bible, but with an army of movie effects people to ram every lifelike and horrible aspect home like a nail through the hand.

Judas has betrayed Christ (Caviezel, as graceful and noble an actor who’s ever portrayed Jesus and the perfect choice with his wise, caring eyes and face twitching in agony) to the Judaist High Priests, whose laws forbid them to kill him but who try to convince the local Roman administrator Pontius Pilate to put him to death for his claiming to be the Messiah.

Stuck between a political rock and a hard place, he has no choice but to cave in to them, and we get to watch every ferocious detail of Christ’s torture right up to his bearing the cross of his own crucifixion. What starts out as a frightened man ends up a badly sawed off cut.

There’s enough bloodshed and violence visited upon Christ (in gory detail) to justify calling Passion a horror movie, and just when you hope Gibson will pull his punches, he slams you with an even bigger battering ram.

In its way it’s a beautiful film, showing us (as Gibson intended) the human side of Christ and how he suffered instead of the ethereal, omnipotent figure we imagine. The New Testament says he withstood unspeakable horrors at the hands of his captors and Gibson asks the question; what sort of man was he to withstand such brutality for his beliefs, and how did it affect the man inside the flesh?

But you have to give in to a lot of shocking violence to reach that kernel of the story; that Christ was a graceful and wise man, but still a man that they could torture and kill.

Like a good moviemaker, Gibson doesn’t avoid telling the story well, from a fantastic portrayal of Satan trying to tempt Jesus away from God in his last hours to flashbacks that show us his mother, his saving of Mary Magdalene, his teachings and his warnings at the last supper.

And as he proved in Braveheart, the film is Gibson’s canvas, and every facial expression on Caviezel’s face, every teardrop, pool of blood and shred of hanging flesh is cinematic poetry, all supported by a rousing and haunting musical score.

Definitely not for the squeamish, which is unlucky for them — it’s a must see.