Skip to content
August 1, 2008 in Desktop See more stories from this title 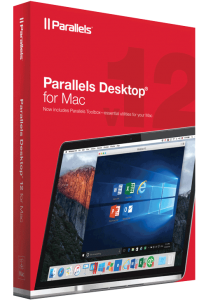 Here’s a choice, spend $2,000 on a laptop or PC to have down the other end of your desk or spend $130 to have one inside your Mac. No competition, really.

If you’ve ever used Virtual PC, Parallels Desktop is the same idea, and it’s everything you hope and expect. Installing is a two-step process. You have to begin by installing the Parallels Desktop application, which gives you a virtual Windows machine ready to go. So the next step is to install your full Vista or XP system using a legitimate license.

The key thing to remember here is that Parallels Desktop isn’t some Mac developer’s idea of a few Windows-like functions. It’s simply the platform, and inside it is your fully functioning Windows OS. As such, you’ll enjoy all the application shutdown errors, crashes and font issues exactly as they were intended.

Jokes aside, the uses for Parallels Desktop extend to every reason you can think of for having both a Mac and a PC at your disposal. Whether it’s testing a website on both platforms or resaving a platform-specific document in a format you can use on the other, the VM (virtual machine) driver treats the Windows OS as a network computer, giving you all the advantages of both separate and linked systems.

Parallels Desktop enables a copy and paste buffer area between both systems, so if you create or save a file on the Mac, dragging and dropping it onto your Windows desktop (or vice versa) poses no problem.

The snag is you have to be current. It will only work where both systems share the same chip, so you need a recent model Mac with an Intel processor. There have also been reports of slow performance, but we tested on a late model iMac with 2.6Gb of RAM and experienced no lag at all.

The box includes 6 months worth of cover with Kaspersky Antivirus and a full version of Acronis TrueImage, a disk recovery and backup utility, and Parallels Desktop is so easy to set up and use you almost get the feeling they chucked the extras in to justify printing a manual.