Skip to content
September 1, 2007 in Men's Style See more stories from this title 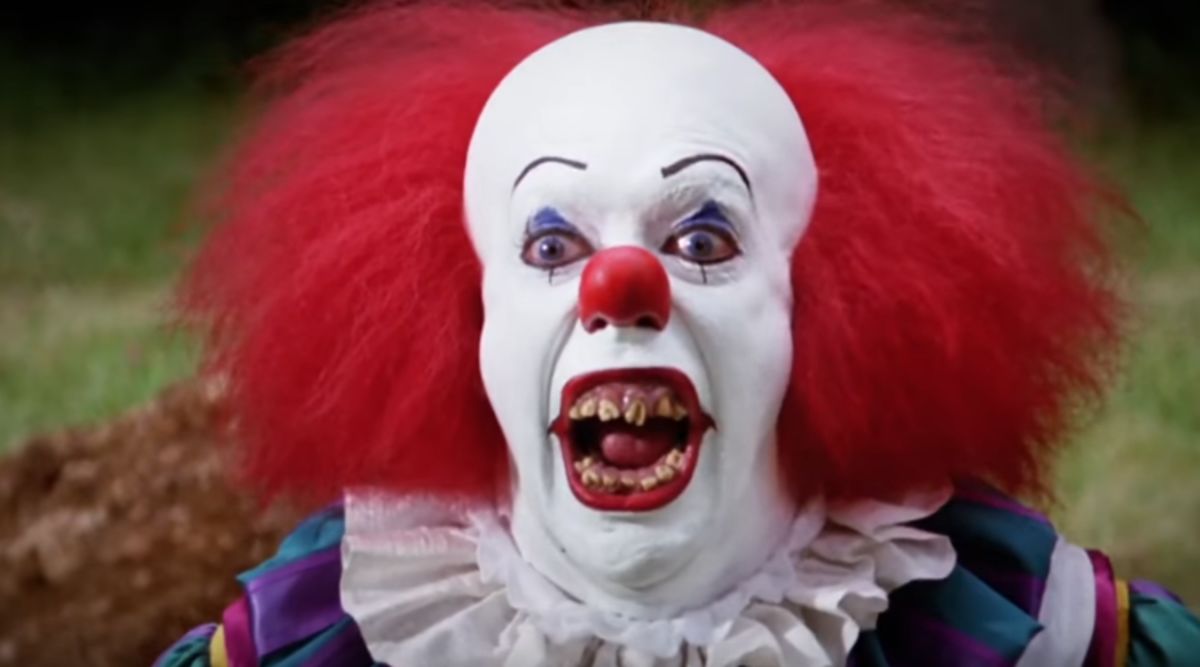 Stephen King’s talent ensure films of his novels will keep coming. So why, asks Drew Turney, are some of them so bad?

Ask a moviegoer who never reads books and an avid reader who never goes to the movies what they think of Stephen King, and you’ll get two vastly different opinions. King the writer bought literary stardom into the media age and is loved by millions. The other one writes pulp horror that gets made into lo-fi, B-grade tat.

But since most of us enjoy books and movies, we know the man who transformed the modern book industry with his 1974 debut Carrie has some of the best novels and the worst films to his name.

“But he just wrote them,” King purists might cry, “he didn’t direct them.” If only it were always true, 1986 dog Maximum Overdrive a case in point. Directed by the man himself from his short story Trucks, it’s notable only for the AC/DC soundtrack, King’s cameo as the victim of a profane ATM and Emilio Estevez keeping a straight face while calling a semi trailer ‘fuck face’.

But there’s been an element of humour in many King adaptations – most of it unintentional. Whether its Morgan Freeman’s huge eyebrows in the hilariously dire Dreamcatcher, the miscasting of a creepy young Christopher Walken as the hero of The Dead Zone or Schwarzenegger’s gold lamé jumpsuit in The Running Man, filmmakers the world over have turned some of the greatest works of modern literature into epic onscreen turds.

So as the most adapted author alive today (about 100 projects – not bad considering Shakespeare’s ultimate figure of 500), just what is it about King’s work that directors and screenwriters – King among them – can’t get right?

Maybe it’s a question of incompatible formats. Many King-inspired films have been collections of vignettes like Cat’s Eye or Graveyard Shift. Worse are those feature length films based on strong short stories, stuffed with extraneous plot to fill the running time like Children of the Corn, Apt Pupil or The Lawnmower Man.

But even the movies based on King’s full-length works often misfire, and the detail he wrangles as a writer might actually be the reason. Many of his books describe every breathless second, massive amounts of text conveying a few short days or hours.

His 1985 Magnum Opus, It, told a story no more epic than any other King story, but it was an 800-page doorstop of a thing because he left no detail unexplored – the secret to much of his appeal. Translated semi-successfully to TV in 1990, the two-part It miniseries works only because director Tommy Lee Wallace squeezed as much detail about the characters into the running time as he could.

Although being a horror writer means he frequently deals with blood and death, King’s no action thriller writer. His strength is in creating real, life-sized people and dropping them into supernatural circumstances from child-murdering clowns and telekinetic teenagers to possessed cars. Trying to strip all that drama and characterisation out – or mishandling it – and relying on the at-times ridiculous premise of the books is fraught with peril, as big name directors like Lawrence Kasdan (Dreamcatcher) and David Koepp (Secret Window) have discovered.

In fact, it’s the directors who haven’t had to deal with horror who have crafted modern masterpieces. Concentrating only on vibrant characters and dramatic plots, Rob Reiner’s Stand By Me and Frank Darabont’s The Shawshank Redemption are frequently listed near the top of best Movies Ever Made lists.

But wait – there’s another contradiction. The glaring omission from Scary Stephen King Adaptations That Suck is 1980s The Shining by Stanley Kubrick. King didn’t like it – to him, the story was all about protagonist Jack Torrance’s descent into madness and Jack Nicholson’s Torrance seemed evil from the opening frame.

It can be argued that the pairing of such titanic talents (Kubrick and Nicholson) is what made The Shining so good, but King still took matters into his own hands to write a teleplay the way he wanted it. Sometime collaborator Mick Garris subsequently directed the completely faithful and underwhelming miniseries version in 1997.

And therein lies what might be the Achilles heel of many King adaptations. Instead of the hundred million dollar budgets of Hollywood movies, most King projects have gone to TV only to be hobbled by the constraints of both free to air ratings standards and little money. Tobe Hooper’s Salem’s Lot (1979) has some genuine terror – just watch the undead Danny Glick as he scratches at his brother Ralphie’s window, whispering to be let in – but the book deserved better than the string and duct tape effects CBS Television gave the producers.

Even so, we shouldn’t jump to conclusions from a few bad eggs. Of the major films that have been made of King’s work, the good-to-bad ratio is more balanced than you might think. For the cheap-shot scares of Silver Bullet, there’s the effective, loving comic strip homage Creepshow (developed with fellow horror doyenne George A Romero). For all the terminal self-aggrandisement of The Stand, there’s the low-key, nerve-sawing tension of Misery.

And now everyone’s talking about a little-mentioned short from King’s 2002 collection Everything’s Eventual, about a haunted hotel room. Due in Australian cinemas in November, 1408 is director Mikael Håfström’s take on the distinctly King-esque idea.

Being another feature based on a short, there’s that ever-present danger of desperate padding, but 1408 has a great pedigree going for it. Swede HÃ¤fstrom’s directed 2005’s taut Derailed, and the irrepressible, hugely talented John Cusack is front and centre in the action, carrying the movie so single-handedly they had to bill Samuel L Jackson as Cusack’s co-star despite appearing in only two scenes.

“I’m always trying to get good material and to be in good movies,” says Cusack about bearing almost the whole film on his shoulders, “Usually you get a script and you think maybe you can make something good out of it. But when I read this I wondered if we could even pull it off, and I’d much rather be reaching like that. It’s about one guy in a room and the room goes crazy on him. How do you do a duet with a room?”

It’s quite a duet, with Cusack in almost every frame reacting to objects as inanimate as walls, light switches and chocolates on the pillows, but it’s all in a day’s work to him. “That’s the game. It’s nice to be afraid that you might not be able to pull it off, rather than to be afraid it’s going to be average.”

Keeping an audience enthralled with a man in a hotel room for 90 minutes is a big ask, but Cusack and HÃ¤fstrom succeed, the former with a confident command of the camera as he comes increasingly unhinged, the latter using the smallest of devices and an ominous soundtrack to maintain a steady undercurrent of dread.

Everyone knows the catch 22 that nobody does anything in Hollywood until somebody else does it first. In the hands of a competent director unafraid to re-engineer King’s set-up in his own style, an actor with a magnetic blend of cynical intelligence and good-guy charm and the format and budget it deserves, 1408 might just be the one to turn things around for history’s most successful – but least successfully adapted – author.

Carrie
(1976, Brian De Palma)
King’s debut, the anti-bullying campaign we all needed and the superpower we wish we had.

Stand By Me
(1986, Rob Reiner)
Based on short The Body, single-handedly and sweetly sums up the friendships of childhood.

Pet Sematary
(1989, Mary Lambert)
Sacred ground where you bury the dead and they come back, only eeeevil – what’s not to love?

It
(1990, Tommy Lee Wallace)
Seven children (later six adults) band together to defeat a demonic presence in their small town. Tim Curry in a clown suit… the horror!

Misery
(1990, Rob Reiner)
A chilling exercise in performance and cinematography and Kathy Bates auspicious debut as the scariest female villain since the Medusa the Gorgon.

Shawshank Redemption
(1994, Frank Darabont)
A flop on release, a triumph ever since, it’s still the smartest, most heartfelt revenge drama ever.

The Green Mile
(1999, Frank Darabont)
The Shawshank Redemption goes back to prison in this expansive but intriguing supernatural drama.

Cujo
(1983, Lewis Teague)
On paper, the tension and desperation of heat, thirst and impending death. On screen, a woman and a kid sitting in a car.

Cat’s Eye
(1985, Lewis Teague)
Three stories more comedy than horror, connected by a cat. How did they keep the already 10-year-old star Drew Barrymore out of rehab long enough?

The Lawnmover Man
(1992, Brett Leonard)
A single scene of an attacking lawnmower was lifted from the story for a movie about virtual reality that had nothing to do with lawnmowers.

The Stand
(1994, Mick Garris)
An epic of the cataclysmic battle between good and evil becomes a flabby, self-indulgent parade of clichéd characters.

Gerald’s Game (1992)
Damsel in distress Jessie is handcuffed to the bed in a remote woodland cabin after accidentally killing her husband during kinky sex play. The book takes place over no more than 24 hours as she plans her escape and – while great in another genre we won’t mention – a semi naked woman handcuffed to a bed wouldn’t make riveting drama.

The Dark Tower series (1991-2004)
Part Lord of the Rings, part Man With No Name, the Gunslinger books could be an antidote to an already-boring string of tween-targeted LOTR knock offs.