Skip to content
April 30, 2008 in Empire See more stories from this title 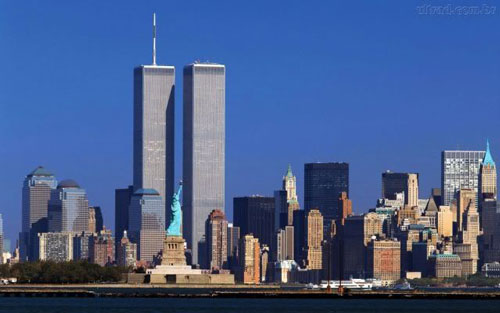 If one was to review the below list chronologically, one would find it charts the evolution of American filmmakers’ willingness to allude to 9/11 in the days and years after the tragedy — retroactively, in some cases. But each makes references to the iconic and harrowing images we all saw in the endless coverage and gives otherwise harmless comedies, sci-fi and action flicks chilling and profound new dimension.

It was inevitable Hollywood would deconstruct the actual events — as it finally did with United 93 and World Trade Center — but for the longest time it hardly dared breathe the phrase ‘September 11, 2001’, using the drama of everything from aliens to divorce as a stand-in.

Spielberg’s technically brilliant but dramatically polarising update of H G Wells’ alien invasion nightmare was sprinkled liberally with heartbreaking 9/11 media fixtures. Whether it was the pinboards of frantic notes searching for missing loved ones or the panicked townspeople running down streets while destruction descended, it was very much Spielberg’s 9/11 2.0. And if the rest wasn’t allegory enough, the dust covering Ray (Tom Cruise) when he returns home in shock to his terrified children after the tripod’s appearance isn’t from concrete — it’s vaporised people.

Was seven years long enough to wait for such direct nods to the most painful memory in the American psyche? Terrified New Yorkers running down neighbourhood streets ahead of billowing clouds of dust, buildings crumbling to the ground, the symbol of their freedom rolling down the street in the form of the Statue of Liberty’s head. Aside from it being about a giant monster instead of zealots in planes, it was a virtual documentary remake.

Spike Lee’s love letter to New York’s pain was the first movie to even refer to 9/11, let alone mention it. Barry Pepper as Frank can see the smoking hole of the World Trade Centre site from his apartment window, saying ‘Bin Laden can bomb next door, I ain’t movin.’ Overtly the story of drug runner Edward Norton’s last days of freedom before a prison term, it was an allegory for the agony and loss of innocence of a whole city.

It’s only there in one line; ‘When they analysed the stock market after 9/11 the CIA discovered there had been massive shorting of airline stocks. When the stocks hit bottom on 9/12, somebody made a fortune.’ Alluding to a plan similar to 9/11 by villain Le Chiffre (Mads Mikkelsen) to bomb a newly-minted cargo plane, Bond foils the plot and loses Le Chiffre a fortune.

One of those movies whose message takes on new significance and spookily predicts the future mood. Paul Verhoeven’s subversive effects extravaganza wasn’t about an the interstellar extermination of a race of nasty animals but a ‘war’ fought by ‘heroes’. Conservative columnists were terming 9/11 a war before the World Trade Centre Towers had even fallen, despite the enemy consisting of 19 fanatics who were already dead.

With Hollywood’s lust for destroying New York with CGI in full swing, the opening scenes of Michael Bay’s asteroid-attacks actioner depicts a rain of meteorites that destroy the Big Apple. It was the Chrysler Tower that copped it, having its crown blown off to thunder to the ground, raining the bodies of unfortunate office workers. When it’s all over, the World Trade Centre towers are smoking, punched through with holes.

Although written years before September 11, Philip K Dick knew what he was on about. He knew Big Brother was watching us and that he’d use any excuse to vastly expands his powers of surveillance. Lead characters Bob (Reeves) and his friends are on camera constantly, and the only way to ensure police anonymity is to employ special suits that scramble thousands of images of random faces and bodies, keeping their identities secret even from each other.

It took awhile before people regained a healthy sense of mistrust of the government. Criticising and questioning official wisdom was a crime punishable by media crucifixion in the early days, when ‘unpatriotic’ or ‘un-American’ was right up there with ‘paedophile’. But the official roadblocks to the 9/11 investigation and revelations about holes in the security apparatus righted America’s sense of skepticism, and when reclusive former army sharpshooter Swagger (Wahlberg) mumbles ‘lets see what lies they’re selling us today’, he voiced the mood of a nation.

As the saying goes, one man’s terrorist is another’s freedom fighter. And in an era when the word was an all-purpose slur for anyone who didn’t go along with the ruling elites, the line between hero and villain blurred. Wearing the visage of history’s original terrorist (Guy Fawkes), V (Hugo Weaving) has similar plans to blow up British parliament in protest of England’s Orwellian regime.

What would have been a fluffy ensemble romantic comedy made a point about how love is most of the reason for our being. The last phone calls made by those stricken in the World Trade Centre attacks, as explained by the British PM (Hugh Grant), weren’t of hatred or vengeance, but love.