Skip to content
March 9, 2004 in The West Australian See more stories from this title 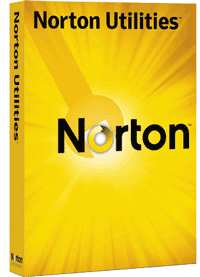 Back in the days when Peter Norton graced the cover of Norton Utilities with his happy grin and toolbox, network connectivity (and the inherent risk) wasn’t a big deal. The point of an all-encompassing system utility wasn’t protection from nefarious outside forces, but the pitfalls and weaknesses in your PC itself.

Even in the days of 1G hard drives, data structures had to be defragmented and disk surfaces checked for bad data areas. You didn’t need to know what was going on, you just knew if you didn’t run Norton Utilities regularly your system showed signs of fatigue.

If you were careless in emptying your trash without being sure what you’d put in it, Unerase was supposed to be your best bet to get your work back, and under system 8 and 9, Crashguard was supposed to stop your system crashing and give you the opportunity to return to your work and save it before everything froze. Of course, it never worked and simply gave you the warning that you were about to freeze before crashing anyway’

In the 21st century it’s a different world. Now, the engines that drove the old Norton Utilities have 40, 60 and 80 gigabytes to sift through. They have tens of thousands more files to inspect, and more problems to look out for.

But the home front’s a piece of cake next to the new world of horrors stalking just outside the gates. More than just the Internet, it’s our age of widespread ADSL (among the professional sector, at least) that can work against us as fully as it does for us.

Viruses, malicious DOS attacks that hijack our system to do their dirty work, files and documents that race from one side of the world to the other in a flash have made our computers the gateway to a new world, and a new world of danger.

It was a smart move for Symantec to develop Norton AntiVirus, and a logical step to include it in Systemworks. As they’re hoping, it’s truly a complete personal computer efficiency and security package.

Old favourites like Disk Doctor and Speed Disk are present and while there’s no evidence they’ve been in any way beefed up, there’s no real reason for them to have been since the early days of Mac OS 8; they’re both wonderful in their simplicity. Disk Doctor reads the surface of your disk and checks it for areas of so-so data quality, checks the file information for each document, monitors your partitions and can check external disc as well.

Speed Disk still gives you a gorgeous colour rendition of the data on your disk and it’s still strangely addictive watching it collect the scattered colours together.

If there are problems on your disk, Volume Recover goes one further than Disk Doctor by rebuilding your disk’s data directory to retrieve data from a damaged disk. And as always, if you’re simply silly enough to throw something away you haven’t meant to, Unerase is still an essential feature. Just don’t leave it too long before you try it as the more you do, the more chance you’ll overwrite your last data and lose it forever.

AntiVirus looks just like Disk Doctor’s big brother. It scans every file on your system for known viruses and gives you the option to repair (or attempt to); delete the questionable file and any effects it’s had on other files or parts of your disk; or quarantine it, locked away from affecting other files until you want to find out more about it or delete it (files that can’t be repaired or treated are automatically quarantined).

But the scan you perform is only as good as the last notice AntiVirus had of viruses around, so make sure you regularly download the new definitions with LiveUpdate, which also checks for products updates and bug fixes.

The other security components include a software-based firewall that gives you user-friendly control over connections to your system across any kind of network or modem, and Privacy Control, which blocks personal information or websites you don’t want kids (or yourself!) to see. Also a failsafe part of Norton’s security is Wipe Info, which goes one further than emptying the trash to wipe files, disks or empty space on your drive for good.

It’s all accessible via the handy Norton Launcher, which divides each area into its own family, and where you access each Systemworks application in a single click.

And in a final coup (and rare display by a software developer of caring about users more than their branding), Systems Works 3 comes with Dantz Retrospect and Aladdin Spring Cleaning on the install CD. Retrospect has always been the standard Mac backup utility but some people have always seen Spring Cleaning as a frivolous luxury for those who download everything willy nilly. To users who knew in meticulous detail what ended up on their disk, it seemed an anachronism, but in the world of OSX — where we’re still getting used to the new and at times bizarre file structure — it might prove handier than ever.

Systemworks now offers everything but the kitchen sink in a no-nonsense and easy to use format. It’s always been the best computer health utility, and bringing more excellent additions into its fold will only make it more essential.