Skip to content
November 3, 2013 in Moviehole See more stories from this title 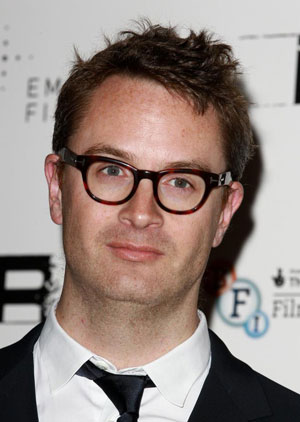 Nic Winding Refn worked on the periphery of recognition for a long time until he used Tom Hardy to great effect in Bronson, the story of a man who’s even more a force of brutality and violence than Bane, the character he bought to life so thrillingly for mainstream audiences in The Dark Knight Rises.

With the movie press championing a director who didn’t pull punches, Refn climbed to the top of the indie heap with his next film, casting the hottest rising star in the world in Ryan Gosling and delivering the gleefully violent, revisionist Western-inspired crime caper Drive.

The aesthetic themes of Drive were the at-times ironic (for an action movie) lack of movement and noise, and it seems to have been an approach the 43-year-old Dane fell even more in love with for Only God Forgives.

All deep shadow, long, steady takes, David Lynch-like blood red lighting and occasional bursts of explosive sound and gore, the fight fable has leading man Gosling speak barely 15 lines as he’s stalked by a samurai-like cop across Bangkok’s underbelly. A change in the mood comes in the shape of his acerbic and emasculating mother (Kristin Scott Thomas), but without her Only God Forgives borders on impenetrable.

We looked forward to the chance to get some insights into what it all means when we spoke to the director from his native Copenhagen, but he proved as evasive and reclusive as his films, as the following interview shows. Hopefully, we’re left thinking, Refn knows what he’s doing.

Introduce us to the world of Only God Forgives, what are you saying in this story and what does it mean to you?

I don’t think of anything, I just make the films what I would like them to be.

Anyone who sees your last two films will say to themsevles ‘here’s a guy who loves stillness and silence’. Is that a fair assessment?

I would say it’s okay, yeah.

Are they things you keep in mind when you’re making movies?

No, not consciously, it’s just in the last couple of movies I really like the sound of silence.

Was it a matter of that particular mood working so well in Drive that you wanted to explore it more?

I started with Valhalla Rising, that was probably the most silent movie I’ve done so far. I just really like that language. It’s very cinematic.

You also make great use of light and shadow. The dark rooms and the colour red in particular seem almost to be characters themselves. Can you talk about how that’s important to you and what place it has in your work?

Do you consider your films are set in fantasy worlds?

Do you want to be known as a fantasy director?

People have been very curious about many things.

[Holding back from saying ‘WTF man?’ at this point]

There seems to be a lot of archetypal characters, particularly [Bangkok cop] Chang. Were there any specific homages or references you were thinking of when you created them?

Can you talk about where that character came from?

It’s more ‘what would I like to see’, and that’s really where it starts from, and then it’s like making a pin-up magazine.

You make photos of that which arouses you.

Any news on the remake of Logan’s Run you were talking about awhile back?

I kind of decided not to do it.