Skip to content
June 23, 2014 in The Sydney Morning Herald See more stories from this title 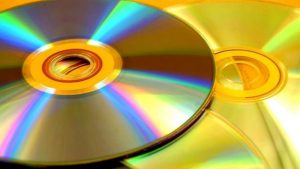 Physicists have come up with a new synthetic material for optical data storage, which one of the researchers says could make processor memory ‘100 times faster’ than existing technologies.

The idea, from a collaboration of scientists throughout Europe, uses a synthetic storage medium for computer data rather than today’s comparably slower metal disk platters, along with optical light-switching technology similar to the one use in DVDs.

When data is written to a disk, the ones and zeros are achieved using magnetic poles that represent one of either “state”. Today’s commercial data storage technologies use magnetism to change the poles and switch states, but in 2008, researchers found a way to switch states on magnetic disks using light.

Until now, optical switching has only been possible in a heavy earth-metal material called the ferrimagnet, but the team from universities in Nijmegen, in the Netherlands, Berlin and York have shown ferrimagnets can be manufactured out of synthetic materials that are cheaper, faster and better for the environment.