Skip to content
March 4, 2016 in Moviehole See more stories from this title 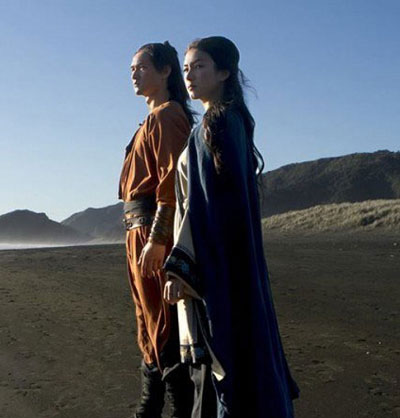 There’s not much to say about Natasha Liu Bordizzo, who stars as young Wuxia acolyte Snow Vase in the exclusive Netflix release of Crouching Tiger, Hidden Dragon: Sword of Destiny, because the film is the 22 year old’s first screen credit.

After growing up in Sydney’s Eastern suburbs, the Chinese/Italian/Australian actress studied law and then did some modelling before getting the role that’s changed the course of her life.

Her martial arts background certainly helped, but as she tells Moviehole.net in Los Angeles – where she’s recently moved to make her career – Bordizzo wants to stretch herself much farther than that.

How much influence from Chinese and/or Italian cultures did you have growing up?

I think they kind of in a sad way cancelled each other out. I still have little influences from both but we were very Australian. We had barbeques at Christmas, that kind of family.

Do you think that helped with the role or the approach?

It did for sure. My Mum was really happy because she always felt that I was disconnected from Chinese culture in some way.