Skip to content
August 8, 2006 in The West Australian See more stories from this title 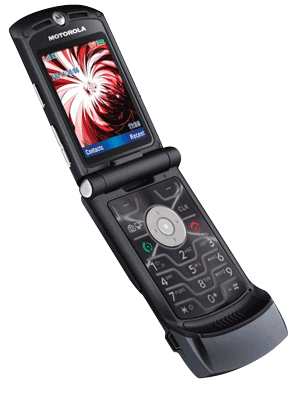 The battle for technology has always been about going smaller, lighter and faster.

The ability to make things small met the dimensions of the human face about seven years ago, so since then there haven’t been many directions in which mobile phone manufacturers can reduce their products — or expand them, as the case may be.

The irony is that in the last five years as mobile telephony has moved into the Internet age, at least one aspect of our mobiles have had to go larger — screens.

Despite the lack of online mobile services available to Australians compared to those in bigger markets overseas as yet, the ripples of big screen growth are being felt here as we enjoy better graphics on larger screens than ever before, and the RAZR V3 is a good example of the future happening.

The length and height of the phone has a big enough footprint so it won’t feel too small for your face and you won’t lose it in your pocket — it’s about 5 x 10 cm closed, 5 x 17 cm open. The entire upper portion comprises the 262,000 colour, 176×220 pixel screen, bringing easy-to-see richness not just to your media but the interface of the operating system.

And despite all that easily-accessed interface and functionality, the RAZR only weights 95 grams. How? They somehow cram every feature you’d expect into a device barely 15 mm thick.

The lower module contains a well-spaced keypad. The numbers are large and are accompanied with standard answer and on/off keys, plus shortcut keys to the Internet and your messages. It’s a flat panel with button edges that light up at night so it’s not very tactile if you prefer distinct buttons you can feel under your fingertips.

The model comes in silver, black or pink – with a diamante-studded Dolce and Gabbana version having just been released if you’re that way inclined – and the metallic finish inside is attractive and gives the slender body an air of robustness.

The V3 has all the features and connectivity you’d expect from any phone for the price and more. Slimline buttons on the body control handy knickknacks from a short-length voice recorder to a smart button you use to take your own photo with the phone while it’s closed.

Somewhat tiresomely it’s been made for PC users with no Macintosh software included, but as usual Mac users can have the last laugh — Apple’s iSync recognised the V3 immediately and was syncing contacts and calendar data before most PC users would even have installed the software to access it.

The battle to the bottom has to go in new directions now the bottom’s been reached, and despite the blow of what must be a very embarrassing public dumping of its processor chips by Apple, Motorola is going in the right direction with the RAZR V3.