Skip to content
September 8, 2014 in Cosmos See more stories from this title 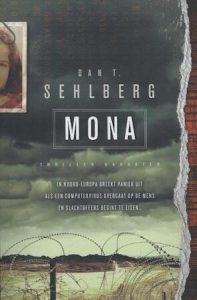 Mona is one of the best ideas to come out of fiction in quite awhile, and Swedish author Dan Sehlberg shows a much more nuanced knowledge of computers and cyberwarfare than a run-of-the-mill thriller author just throwing a cool buzzword around.

A brilliant, vengeful Palestinian programmer working for an Islamist terrorist group has created and unleashed a virus intended to cripple the financial systems and infrastructure of the West – particularly Israel.

At the same time, a Stockholm computer scientist has developed a system that lets the disabled surf the web using the power of thought. It works with a helmet that connects directly to the neural wiring and presents a virtual representation of internet content directly into the visual cortex.

The two plot streams take their time coming together, and the who’s who in all the shadowy, whispered meetings demands your attention. But it’s all setting the story up, the promise of an inciting event visible along the periphery.

When it comes, you’ll wonder if it’s ever been done so artfully. A single line halfway through a chapter (‘I can’t remember my own husband’s name’) changes everything, and suddenly all that came before makes sense. With just seven words, Mona grabs you by the throat and makes you realise Sehlberg has a sci-fi idea for the ages.

When the computer scientist tests his new system on his wife everything goes great, but with that single suckerpunch line you realise the incredible truth. After mentally surfing the now virus-ridden internet, she’s the first person whose biology has become infected with digital malware, proceeding to delete ‘files’ from her brain like it were a computer – beginning with something as seemingly unforgettable as her husband’s name.

Sehlberg is a little more interested in the thrills than the science from then on, and Mona is more about the chase than exploring the grandiose beginnings. Believing the terrorists should also have the antivirus he can use to save his now-comatose wife, the hero goes on the run to single handedly find them. Meanwhile, Mossad and the Israeli government are also on the trail as they try to keep civilisation from ending amid collapsing stock exchanges and anarchy.

If it was plotted on a graph, the line depicting excitement about the science (rather than the chase scenes and thrills) would look like an earthquake, with a shattering early peak that gradually tapers off and quite in reverse to the pace of the story. It’s well plotted and written, but if you’re a science geek you may wish Sehlberg had made more of the thrilling idea than just a race against time.

Ironically if the pivotal line had come earlier it would have lost its impact. Mona is a reminder that sometimes you have to take the entire text on its collective merit rather than wait for revelations or excitement on each page. Unfortunately it might lose more readers than it deserves as a consequence.