Skip to content
March 6, 2008 in Xpress See more stories from this title 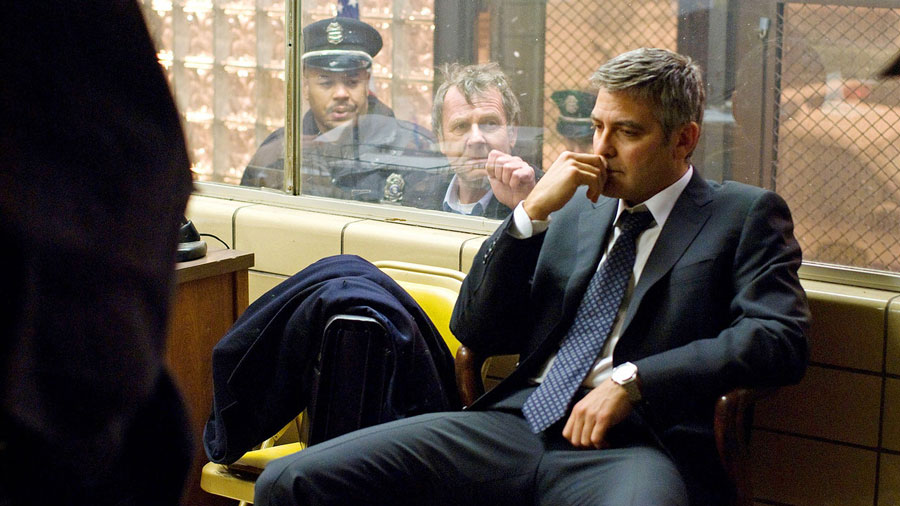 Michael Clayton sits firmly in the centre of Clooney’s ‘message’ and ‘fun’ movies. It’s a corporate corruption thriller with tones of the 1970s movement that produced establishment-baiting films like Three Days of the Condor and Parallax View. It takes us on a thrilling ride while peeling back the veneer of the moneyed classes to show us the deadly self-interest huge amounts of money demands.

He’s the law firm fixer sent in to clean up the messes wrought by high-powered clients of his firm, but his latest case is far more dangerous. Like Syriana, Michael Clayton is a dense, hushed movie where nothing is made perfectly clear. Rather than present a definitive picture of the story, it’s alluded to through insider speak and almost imperceptible nuance and gesture on the part of the actor, the script and the masterful direction from former scriptwriter Tony Gilroy.

Subsequent viewings will reveal more of the deep facets of plotting but it’s one of those rare movies where — even as you try to keep up — you know you’re watching something very special.

Clooney is just one of a stellar cast perfectly suited to their roles, with Tilda Swinton, Tom Wilkinson and Sydney Pollack sharing his command of the material whenever they’re on screen. It’s a smart, mature and thrilling film and when you watch the end credits and see the names credited as various producers (Clooney, Pollack, Steven Soderbergh, Anthony Minghella), you understand how it turned out so classy.

If a film can be successful simply by presenting realistic and human characters, not signposting every turn in the story and using the mechanics of camera angles, lighting and mood to convey a multi-layered narrative, then Michael Clayton is the best example of it in a long time. There’s a commentary with director Tony Gilroy and additional scenes.