Skip to content
June 29, 2007 in Xpress See more stories from this title 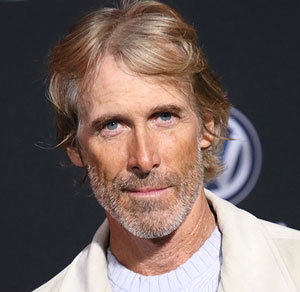 He’s everything film critics hate about Hollywood but still delivers hit after hit. After redefining the action movie for the MTV generation, what would Michael Bay want with the world’s biggest toy franchise? Drew Turney finds out.

The room was full of movie reporters and everybody was talking about the franchise, the fanboys and the stunts and effects when the question nobody wanted to ask but everyone was thinking finally came up. Why do so many people hate him?

“When I did Bad Boys I used a style of very quick editing,” Bay explains. “Partially because I didn’t have a lot of money for art direction so we had to disguise things. I was competing against True Lies, which had all the money and effects in the world. So that became my style and it kind of hooked into young kids.

“So yeah, I did get the whipping boy thing and a very esteemed film professor told me that in Hollywood they’ll always go after someone who changes something. They don’t like change, and if you look at action movies these days they’re all fast cut now, and I don’t know if I’m somewhat responsible for that.”

Bay’s long been a favourite target of the critical establishment who bemoan the death of cinema quality on the altar of lucrative sequel rights and tie-in merchandising lines, but it’s easy to forget how good he is at what he does. Like the Star Wars prequels, if watch a Michael Bay film but fast-forward through the drama and exposition you’ll think you’re in the hands of a master.

That hatred was joined by the chorus of howls from long-time Transformers devotees who came out of the woodwork to leave death threats on his blog and make 39,000 attempted hacks onto the servers of Industrial Light and Magic — the Lucas-owned company responsible for the movie’s effects.

But with Steven Spielberg’s influence and money behind him, Bay forged ahead and has delivered one of the better films in his canon, certainly the biggest. You have to feel for the guy and wonder if all the scorn is worth it.

“You’re never going to make everyone happy and I knew that going into this but you’ve got to respect the fanbase,” he thinks. “You can’t change Spider Man’s outfit too much. When they put nipples on Batman, you saw that. You have to be respectful to certain arguments but you’ve got to make your own choices as a filmmaker. Many fans who saw clips really gave it their stamp of approval and they were only seeing 2D images.”

In agreeing to do the film, Bay wanted to do it as realistically as he could. The result is slightly at odds with the cartoony origins of the franchise, but as a film branded with Bay’s name, it’s going to be full of large-scale destruction, destruction of buildings and transport machinery and huge explosions.

To achieve real-looking robots causing all that mayhem was no small task, as the director explains. “I’m very into lighting and how real these things had to look. A lot of CG just doesn’t look real, all of us have something in our brain that says when the light isn’t right, so [he and ILM] worked extensively on lighting.

“Optimus Prime had 10,108 parts that all had to move and interact. They had to reflect certain kinds of light. When you look at a car you’ve got soft light and little hard pings everywhere and that’s a hard thing to do in the digital world.”

Even more important to the goal of creating digital characters seem real however is giving us something to love, hate and react to. In a lot of ways, the magic of movies in the digital age is making us feel for something or someone that doesn’t exist except in a computer program — even something as inexpressive as a robot.

The screening Bay attended with fans and the press was the first time he’d seen it with audience, and he says the reaction to his digital creations blew even him away. “My favourite was Bumblebee. You just get a lot of emotion out of him. I just finished [the film] literally last Friday and when you step back it’s so weird that there was nothing there and now you’ve got something.

“I heard the audience last night applauding when a truck came in and skidded in — they’re finding emotion in a truck! I really liked it that we created characters out of thin air you can feel something for.”

With a single frame of film taking 38 hours to render, it was a big investment of time and energy in a project Bay initially dismissed out of hand. “Steven [Spielberg] told me about this movie called Transformers. He said there wasn’t much of an idea but it’s about this boy who buys his first car and it’s an alien robot. After I hung up I said ‘I’m never doing that stupid movie’.

“But I thought about it and went to Hasbro and met the CEO. He took me through the whole Transformers lore and something just kind of clicked. I thought if I could make this really real and edgy I think I could do something very cool with it.”

Edgy? Could it be Michael Bay’s entering his long-awaited arthouse period? If you hate him, no such luck. If you love him, he’s on course for more thrills, kills and spills than ever…