Skip to content
November 23, 2015 in GQ See more stories from this title 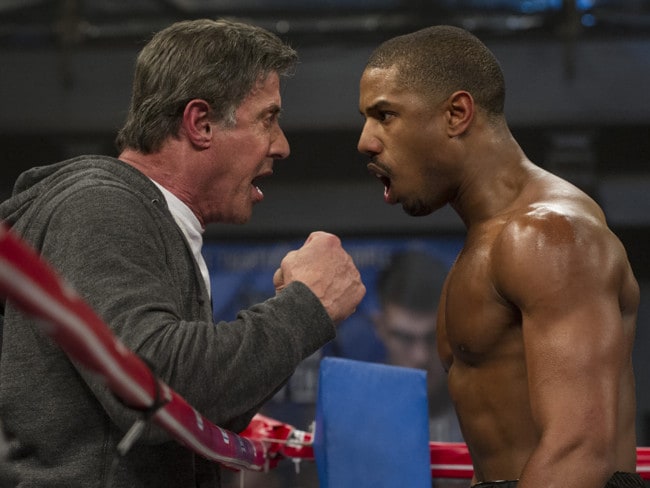 Michael B Jordan reveals how much Sylvester Stallone really knows about boxing and recounts the lengths he had to go to get in shape for Creed.
Blink and you’ll have missed Michael B Jordan in most of his early roles, but he captured attention as one of the title characters in director Josh Trank’s surprise 2012 hit Chronicle.

Trank was recently thrown off one of the Star Wars reboots and took to Twitter to rail against the version of Fantastic Four (also starring Jordan) that he says the studio butchered, but the stain on Trank’s reputation hasn’t spread to the 28-year-old star.

He’d already more than established both thespian and indie cred with 2013’s searing docu-drama Fruitvale Station, about the murder of a young black man by police on the San Francisco train system.

Now, he re-teams with his Fruitvale director Ryan Coogler on the unlikeliest of properties, a new movie in the Rocky universe. But rather than the franchise reboots or prequels being rushed into cinemas for every other cinematic institution, he plays Adonis Creed, son of former champ Apollo, who’s trained in the art of boxing by Rocky himself (Sylvester Stallone) in Creed.

How was the training?

Once I finished Fantastic Four I took my trainer from that project that I’d worked with in Baton Rouge and moved over to Creed and we started working out.

He’s a competitive body builder so he has it down to a science. I get bulked up and then I trimmed down and mixed it with actual boxing. A lot of weight lifting, a lot of diet, a lot of cardio, tons of boxing. That was the formula to get in shape.