Skip to content
July 1, 2007 in Empty See more stories from this title 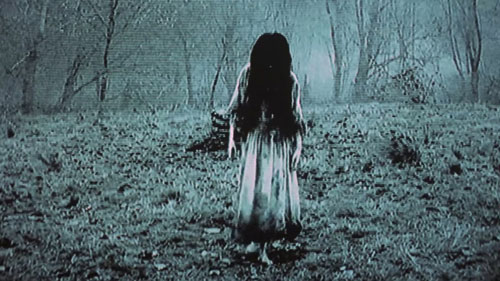 They say it’s not what you know but who you know in any business. In Method Studio’s case, that seems to be half true.

Buried in amongst a list of commercial and music video directorial and effects work are a few names that stand out from the rest a little, especially to Australian audiences who might not have seen much of Method Studios’ US work; The Ring and the Pirates of the Caribbean films.

“One of our directors met [Pirates director] Gore Verbinski many years ago doing a Canon commercial,” says Neysa Horsburgh, executive producer and managing director of Method Studios. “Since then we’ve worked with Gore extensively. Every time he does a feature, he considers us for a portion of the VFX.”

With the key people at Method Studios forging a reputation in effects and directing as the now-defunct post company 525, Horsburgh also describes Method’s move into commercials in the wake of some of their clients.

“We started off doing high-end music videos, and as the directors we started working with made the transition into commercials we got the opportunity to make a move as well. It was difficult though in that many agencies would look at our reel and see beautiful imagery that didn’t necessarily translate into the commercial world.”

Method’s biggest break was a Mountain Dew commercial called Cheetah, and their profile has steadily gone skyward from there. VFX artist Cedric Nicolas, a native Frenchman recruited by Method Studios in their drive to attract the best talent, loves his job, saying he’s not ‘doing this job to work with a bunch of a__holes anyway.’

Nicolas has a healthy and craftsman-like respect for the place of effects in the visual medium. “For me, the best part is getting into a director’s head, deconstructing what he wants and finding the most practical way to shoot it.

Creating rigs and machinery, faking scales and camera perception is definitely what I like most. It’s like scrubbing your brain to find a way to trick the audience with smoke and mirrors like an old time stage illusionist – even with all this technology, it’s the same state of mind.”

So what about Method abandoning the world of music and commercials and being one of the big name go-to guys of choice for Hollywood studios? Nicolas is pragmatic about Method’s position when it comes to pirate ships and ghost stories.

“Movies are a bit of a catch 22,” he says. “If you’re ILM you get the best of both worlds. When you’re small like us, you can’t close your door to your commercial clients and tell them ‘we’re busy with Pirates of the Caribbean 3, come back later’. But sometimes the planets align perfectly… and we get to do The Ring.”