Skip to content
September 30, 2007 in Desktop See more stories from this title 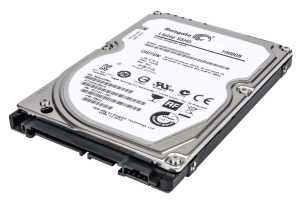 We’ve all been told not to wait until it’s too late to back up, but the choices of where to do so are staggering. Drew Turney investigates the methods and madness of alternatives of data storage.

External data storage is sort of like a condom — much better to have it and not need it than the other way around.

It’s also something we often don’t think about until we’re desperate for it — we have a habit of outgrowing the technological capabilities available to us. Remember being so impressed at your new computer’s 6Gb hard disk? The notion of a single user filling — let alone having — today’s onboard storage standard was ridiculous once, but then we didn’t edit films or manage our whole photo collection digitally in those days. You’d just put the last issue or campaign onto a series of zip disks and file it away…

Nobody else who uses a computer understands the need for data storage like those of us in the creative fields of advertising, publishing, filmmaking, etc.

When the contents of most peoples’ hard disk data could be stored on a flash card, the film or art director of today is likely to fill the standard hard disk of 80 or so gigabytes in no time at all.

Of course, having an enormous internal hard drive is not the answer to data storage because it’s about more than just fitting it into your digital real estate, it’s about moving it away from the disk that’s most likely to collapse in a bad system issue — the one you use every day.

External data storage has come a long way since the first 100Mb Syquest drives of the mid nineties. Even the 25Mb zip disk seems quaint now and yes — believe it or not they are still available.

CD and DVD enjoyed a brief period as the medium of choice but they should be your transport rather than your storage solution nowadays. Not only is it easy to lose track of one CD in a collection of many, it’s easy to forget the plastic disk is still a new technology. Unlike chemical film stock, nobody knows if digital CDs will hold their data through the years or decades.

And if you’re the sort of DIY operator who just drags folders to your iPod every day to back them up, consider how much wear it’s causing your disk by constantly rewriting files that haven’t changed. You don’t just need space, you need a sensible and efficient back-up plan.

The choices in external data storage is enough to make your head spin, but it should make your selection easy to keep some fundamental points in mind. Don’t plan for what you need to store now, buy what you think you’ll still be able to manage with after one or two years of expansion — to the limit of your purchasing power.

Any external hard drive worth its salt should come with a suite of software to automate your backup and considering most of us are in the Mac world, make sure it’s compatible — many of them are set up for Windows, some even come preinstalled with a Linux kernel.

It Takes All Types

The Netgear Storage Central Turbo is an example of the empty vessel awaiting SME users who can purpose it to their needs. It has slots for up to two serial ATA drives of capacities between 80Gb and two terabytes. It’s accessible by any computer across your network and automatically creates a mirror by backing up all data written to it.

A good midrange solution is one like the Iomega 500Gb Minimax drive. Up to three users can connect to it via Firewire or USB so while it’s not a traditional file server as such, it can be a neat and compact storage vault for large amounts of fonts, stock images, old layouts etc. The transfer rate is up to 480Mbps and interestingly, it has the same look and footprint area as the Mac Mini (hence the name) and will look good in any small or one-man band studio.

In fact, if you’re a solo user you’ll most likely want to use your external storage medium for personal stuff too, and that’s where plenty of lightweight (in every sense of the word) models come in. Lacie do a very nice 250Gb desktop model designed by Ferdinand Porsche no less (yes, one of the sons of the German automotive family). It weighs only 180 grams and Lacie have positioned it as something of a consumer-level external hard disk to hold your photos and MP3 collection, but if you’re a soho designer or web developer who doesn’t produce an image-heavy art magazine every month it’ll be more than you need.

The StoreVault is another example of a scalable solution. It’s a network chassis into which you can slot individual disk arrays. It’s a hardcore corporate solution for an IT-ready office and several users, but with a maximum capacity of 6Tb it would suit a midsize to large studio like that of an ad agency for a decent amount of time.

At the top end of the scale is what must be the mother of all external hard disks, the Adaptec Snap Server 650. It has a base configuration of 1.2 terbytes, but you can add enough JBOD sets to expand it to a whopping 64Tb.

The explosion in digital media has driven the rise of flash memory, and some technocrats believe the rapidly?decreasing price will surpass traditional read-head memory one day.

Designed to allow fast and easy access to files rather than quick-shifting computational actions such as RAM, Flash memory is electronic rather than mechanical with no moving parts, hence the technical name ‘solid state’.

A read/write head doesn’t need to search across the surface of the medium to locate the data and the contents aren’t usually as complex as those of a hard disk, although transfer speeds are fast making such use a reality. One possible future of computing is for all your files, applications and even the operating system to live on a compact flash card you simply plug into a dumb terminal to load your computer up anywhere.

The other futuristic storage method is to go online. It’s easy to forget the Internet is a computer in itself, every processor and memory media connected to it forming part of its memory and processing power. How many PCs are there in the world right now with 40 or 60Gb hard disks but only a few megabytes of data on them? In a fully connected world where broadband speed isn’t an issue, every empty track on every disk is potentially yours.

Sounds like sci-fi, but moves are already underway in that direction. A file server at a web host is little more than a distributed memory data storage model, and some companies have taken the next step and made servers available to you for storage alone.

The obvious advantage with storing files online is the cost — you won’t have to part with anything from several hundred to several thousand dollars for an external hard drive or your own file server.

Xdrive is a service of AOL that gives you up to 5Gb free, presumably paid for by advertising you’ll receive as an AOL member — you have to sign up if you aren’t already.

iBackup is a subscription-based, full service online storage company costing anything from $10-600 a month that offers a wide range of online storage solutions depending on your size. Though they seem skewed towards Windows, they have a Mac backup utility and a professional set-up that includes encryption while you transfer.

MediaMax is an all-round solution that offers 25Gb free and specialist frameworks to host videos or other media to share with friends or clients. You can pay up to $30 a month, which buys you one terabyte of space. The best feature however is that MediaMax accessible through a web browser so isn’t platform specific.

iDrive is another Windows-based interface, but it offers a smaller free service and an affordable paid service for (theoretically) unlimited backup. It keeps track of file versioning but perhaps the most attractive feature is that it compresses files before transmitting them.

The prices between services vary wildly so keep in mind there’s more behind a service than the price tag. Look around, do your homework and don’t be afraid to ask for testimonials.

Which brings us to some potential downsides about online storage. First, we’re only human, and with critical data heaven only knows where we can feel a lot less comfortable than if it were on a removable disk right in front of us.

So if you’re happy to cast your data to the four winds of the web, remember there’s probably no way to recover your data if the company goes bankrupt and decides to simply wipe its servers clean. That is — in this age of web proxies and little international jurisdiction — if you can even find them.

But a web search will turn up literally hundreds of online storage services, many of them from reputable and long-lasting companies, so nothing’s stopping you from using a free gigabyte here and a free gigabyte there — as long as you can keep track of where you’ve sent it all.

And be aware of the hidden cost of transferring data to an online service. As we’ve already talked about, few computer users generate files as large as those in the creative industries, and sending hundreds of megabytes over the web might result in a nasty excess usage fee on your ISP bill. Make sure you have the best online deal to transmit huge amounts of data and factor it into your online data storage costs.

Somewhere along the way, fate might catch up with you and you’ll lose data you don’t have backed up.

It’s still not time to panic. A general rule of thumb is that someone, somewhere can get data off any disc at a cost. Unless your disk is a melted blob and can be made to spin in a rudimentary fashion, there are machines that can read what data’s left and plug the gaps according to what might have been there to give you as complete a picture as can be made of your data.

The most important thing to do is stop writing data to the affected disc immediately, whether it’s a rewritable CD or PC hard disk. Most of us know information isn’t really gone after we empty the trash, but if you overwrite it with other information you’ll lose it forever. Don’t install software to the disk you’ll be actioning. To be extra safe, make a disk image of it and disconnect it altogether, working on the image instead so your original is intact for further attempts.

Data retrieval solutions are as varied as free downloads to specialist services that can costs thousands of dollars. Weigh up the options and cots. How critical is the data? If it’s of financial importance, a simple cost-benefit analysis should give you a figure you can afford to spend to attempt to retrieve your data rather than simply recreate it — no matter how painful or boring.

A quick search on shareware.com or macdownload.com will turn up dozes more of every cost and description. Give several a go as they all perform differently and you can get surprisingly different results.

If you have to bring in an outside expert, the Yellow Pages section on computer and IT support is full of providers who can do the retrieval in house or know where to send you.

But you can avoid all that cost and stress by designing a good and regular backup plan, one that may call for an external hard disk. Whatever method you choose, the time to think about it is now…