Skip to content
May 13, 2015 in The Sydney Morning Herald See more stories from this title 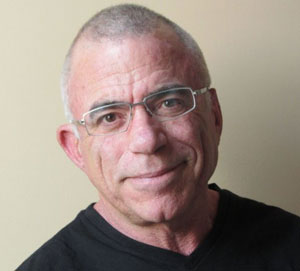 Self-confessed former hippy freak thinks his ignorance of computers may have helped create symbol that doesn’t look like technology.

It happens to all of us. The boss comes to us and says: “I have this friend who needs a … ” We roll our eyes, look at the pile of work in our in tray and wonder how out of hand it’s going to get after the no-doubt ridiculously low price it was promised for.

It happened to Silicon Valley-based designer Rob Janoff in 1976. The friend of Janoff’s boss (marketing veteran Regis McKenna) was Mike Markkula, and the product he was representing was a user-friendly home computer system invented by two shaggy young guys named Steve. They were calling it Apple.

So, amid the usual blur of other projects, Janoff conceived and drew the second iteration of the Apple Computer logo with the familiar bite (to stop it looking like a cherry) and rainbow colouring. Before speaking to Fairfax Media for this story, we wondered if he might have a little Star Wars Syndrome, the name given to Alec Guinness’ hatred of being recognised for playing Ben Kenob. Instead, he’s only too happy to still be identified with the 35-year-old design. He even has a page on his website at robjanoff.com all about it.