Skip to content
March 7, 2018 in Playboy See more stories from this title 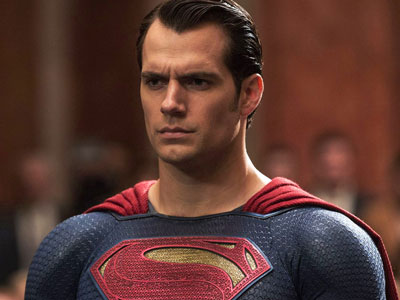 Before he gained top-billing recognition in Hollywood, Henry Cavill’s career was certainly eclectic, going from a straight to video sequel in the Hellraiser series and Matthew Vaughan’s failed 2007 fairy tale Stardust to Woody Allen’s 2009 rom-com Whatever Works (the one where Larry David plays Woody Allen).

By this stage TV viewers knew the 32-year-old from the sexy and dramatic The Tudors, but the first act of Henry Cavill, movie star, was just beginning. The A-list beckoned with the role of ancient Greek hero Theseus in Tarsem Singh’s The Immortals, but what might have been one of the director’s signature visual treats ended up just another forgettable CGI slugfest.

Not to be dismissed so quickly, Cavill signed on to play Superman in Zack Snyder’s Man Of Steel (2013). And now, before he dons the tights and cape at least three more times (2016’s Batman v Superman: Dawn of Justice and the Justice League two-parter due in 2017 and 2019), Cavill will try and convince multiplex audiences he can do more than leap tall buildings in a single bound.

He’s playing Napoleon Solo, half of the heroic duo from Guy Ritchie’s big screen remake of 60s TV spy drama The Man From U.N.C.L.E. alongside Armie Hammer, and he sat down to talk to Playboy.com about acting opposite apple boxes, internet trolls and what might come next (hint: marriage).

Is it according to a particular plan to do other roles in amongst things like Man Of Steel to remind us that you can do different things?

It’s very intentional. As I think you may see from this movie, you’ll see a kind of me that hasn’t been seen on screen before.

Maybe it’s touched on in The Tudors a little bit in maybe the first season. Guy really brings out the best in every actor so I can’t give myself credit for it but I can give Guy credit for it.

But I definitely chose this role to be contrary to Superman. Because when you have a movie of that size come out it’s human inclination to pigeon hole someone, to categorize and say ‘I now know what that person is’, and you have to fight against that as an actor.

I don’t want it to be crazy and all of a sudden play a meth-head transsexual guy. But I do want to show the audience that, if I choose, I have range. Not only that but just because the first time people saw me on a world scale was Superman and that’s not necessarily what I do. I’m a period guy to be honest.

Which is why Superman was so great. It was such non-obvious casting

But only people who knew my career beforehand would think that. Most people still think I’m American.

Is it a matter then of proving that just to audiences or to filmmakers and decision makers as well?

No, I think filmmakers get it. They can see performances because playing a character like Superman is really hard. It, it takes certain subtleties I don’t think most people pick up on and filmmakers will spot that, especially if they’re scrutinising an actor because they have an idea in mind for a film.

They ask ‘would this guy be good for it? Let’s watch Man of Steel‘. And they’ll really watch me and see me do the subtle things. Your average audience member won’t and that’s the whole point, they shouldn’t. They shouldn’t see those things, they should just feel them and I should feel like this invulnerable] stoic being to them.

Filmmakers will be watching me for a performance. Audiences will watch and think ‘oh yeah, yeah, he’s a good actor’ but they haven’t had the experience of working in that world.

It’s like me talking to a lawyer in court after I’ve watched movies about lawyers. I think he did a good job in that courtroom but I have no idea really. A lawyer may watch that other lawyer prosecute someone and go ‘holy shit that was amazing’ and as much as I may agree with that person, I won’t have any idea of the level of how amazing that lawyer was. It’s because that lawyer lives what that lawyer does so they can recognize the specialities. But someone who’s outside it can appreciate but necessarily recognize the subtleties.

What kind of things like those did you bring to Napoleon Solo that was different to Superman?

Napoleon knows exactly who he is and he enjoys making other people learn who he is. But Superman is all about finding who he is, he’s got no reference apart from these mortals surrounding him. Where Napoleon just loves being him.

His clock is ticking, he’ll die eventually, he’ll get old and he’s really enjoying being in his prime and, and as much as he’s stuck in this whole CIA malarkey, he’s living the dolce vita.

The Man From UNCLE is a very different kind of acting because the locations and props are very real. Do you use different muscles from those you need when it’s all effects and green screens?

No, because again I’m comfortable with both now. Green screen I can do, and sets are easier to work with because you don’t have to do that little extra thing but I wouldn’t say I’m more comfortable necessarily. The whole first season of Tudors, for example, we had all sorts of things which we had to imagine. It was half green screen, half sets.

Sometimes you’re more comfortable with green screen because if you have a good digital effects guy, he tells you what the thing is, you do your performance and he reads off your performance how to build the thing.

He goes knows exactly what you’re doing, he could see it happening, ‘whatever you were doing that I told you to do, you did it and I can actually see it’. A good digital effects guy can do that and pick up on it.

That’s really fascinating to learn – the feedback goes in the other direction – ie from the performance into the effects?

Exactly. And that’s the most important thing I believe about telling stories in the media of film, everyone has to feed off each other. It’s not about one person saying ‘this is my way’. It’s about everyone working together because we’re all cogs in a machine, we must move with each other. And if one cog suddenly decides to go the other way or move out then everything is fucked. They just spin by themselves and everyone tries to keep on turning independently.

That’s what makes a great movie. It’s a Guy Ritchie movie, which is why it’s so good – because he has the ability to take information from everyone else and turn it into something great while providing information himself.

Any stunts that went a little bit wrong or dangerous moments?

There’s been no real dangerous moments because everything is so controlled. There’s lots of money involved here and last thing you want is a bloody actor dying on your set because that changes everything.

I mean there’s been some moments where you’re uncomfortable sure. I don’t know if I’ve told this story with Armie but He’s trapped under water and I swim down and grab Armie and I think it’s about 25 feet deep. So my swim is about, I’m going to say 30 plus feet to get to him, and when I get to him after 30 feet, fully clothed, I need to go 20 feet up, carrying him.

He’s got a weight on his toe, which he hilariously didn’t actually let go of the first time. But that’s the kind of stuff where until you get comfortable with holding your breath under water, that was really bad because you’re not wearing goggles or anything. And the safety diver’s in the pool but if you inhale the water, and ultimately they’re going to drag you out and bring you back to life. It’s not a great feeling. They say drowning is supposed to be quite cool.

But if you’re panicking – which hopefully I won’t – but if you can’t get to the top and you start to fail, you can’t see the safety diver try and put something in your mouth and you’re trying not to swallow water at that stage.

How about just general scrapes from fight scenes?

Oh yeah, you always get bumps and scrapes and all sorts. It’s like going to the gym on a regular basis, you’re always going to be injured if you train hard enough. You favour a side because your elbow hurts or your knee tendons hurt or you’ve got a slight hamstring tweak or whatever. Yeah, the nature of doing what you do if you sell it hard, then you’re going to get bumps and scrapes but that’s it.

Now you’re 32 have you reached a place in your life and career where you look at what you’ve achieved so far and ambitions yet to be realised?

I couldn’t be happier right now where I am. Things are fantastic. I’ve got so much opportunity. I feel very, very fortunate. Life’s good and I can’t complain. I mean next stage is finding a wife and getting kids but – not getting them, having kids hopefully. Might buy them!

That’s my headline right there.

[Pretending he’s looking in a shop window] ‘Two of those ones, different colors’. That’s the next stage but I’m happy, I’m super content.

No one on the horizon in that regard?

No, I haven’t found the right girl yet. Still looking. But, you know, it’s tough for anyone to be in a relationship with someone like me. It’s a tough lifestyle. If I want someone who’s a professional they’ve got their own shit going on.

So unless I meet someone who’s very, very young who hasn’t yet started trying a career like that, you can then go ‘okay, I’m going to travel with you and do some stuff, maybe I’ll write or whatever, I’ll entertain myself or build my own kind of travelling career’. I’m looking for someone who’s my own age and will have a career. If they haven’t then maybe I should be worried. It’s easier said than done.

Maybe it will take more understanding and compromise than most relationships.

That’s the thing, understanding and compromise is the biggest thing and just being secure, being confident in yourself.

The Immortals and Superman were much more about you front and center. Is there a bit less pressure in Man From UNCLE because it’s more of a double act [with Armie Hammer] or even a triple act [with Alicia Vikander]?

If you’re in a more ensemble cast, I suppose you feel more comfortable, it’s more of an enjoyable thing, everyone’s doing the thing together. It’s not like ‘hey man, you’re the guy’. It’s ‘let’s do this together, let’s make a great story’.

Real life isn’t about one person, it’s about a group of people or numerous people or just two people in a relationship of sorts… or more if you’re into that.

What do you make of all the chatter awhile back of all the British actors playing iconic American superheroes?

It’s bemusing but people don’t think about that. I mean if I were to go on all the internet forums and write something that would be applying logic to an internet forum and the trolls just ignore it.