Skip to content
March 1, 2009 in Desktop See more stories from this title 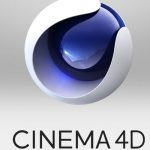 Exactly what 3D/animation applications can do is one of design’s great unanswerable questions. When you first install it, fire it up and draw a simple cube. Then hop onto YouTube and search for ‘Maxon Cinema 4D reel’. Everything in between the two (and beyond) is what 3D can do.

Like in no other field of data processing, if you can imagine it, you can make it – as everyone from Hollywood on down proves. Stylised cartoons, incredibly detailed matte-style paintings, motion graphics for advertising and special effects for film and TV have all come from applications like Cinema 4D.

It isn’t the créme de la créme of the animation and effects world, and the price puts it far more in your reach than Maya and its top of the line contemporaries. If you can get some training in the principles and you can get enough work in the area even the full bundle version will pay for itself fairly quickly (the basic Core version costs $1,540, each module around $500-1,000).

To cover the features and abilities of any 3D program would fill this magazine for a year, but everything in Cinema 4D stems from four basic principles. The Object Manager looks after all the individual elements in a scene. The Attributes Manager covers the level of detail of an individual object. The Co-ordinates Manager lets you set perspective on the scene by placing and rotating objects. And the Material Manager applies shading, textures and other surface properties to your objects.

Beyond the basics, extending Cinema 4D’s power is all in the modules, specific applets that extend its capabilities into specialised areas. There’s cartoon-style rendering (Sketch and Toon), people or animal characters (MOCCA), motion according to physics and gravity (Dynamics), realistic fur and hair (Hair), particle fields (Thinking Particles) and the very cool MoGraph, which extrudes and extrapolates geometric objects. Any time you see something grow or morph into something else, that’s MoGraph or something like it at work.

You’ll need to invest a couple of hours in some tutorials if you’re completely new to Cinema 4D. The tools and palettes aren’t like anything you’ve seen before, so it’s not as simple as opening the program up and playing around (although a knowledge of timeline-based editing from applications like Flash or Final Cut is a bonus for animation).

If you already use a 3D Application or even an older version of Cinema 4D, there’ll be plenty to impress you. There’s onscreen doodling to take notes, a long overdue auto-updater and onion skinning – a very handy features from the 2D hand drawn animation days. To see where your animated object is coming from and going to, you can bring wireframe rendering of the object from the two frames either side onto your current one to project its course more accurately.

Also very cool is Projection Man. If you have a detailed motion scene but not enough time to texture every surface, Projection Man opens the scene in Photoshop where you paint your texture on a single frame. The system then renders the texture you painted on the whole scene, changing perspective and object size as the camera moves.

For beginners or pros, Cinema 4D is a great place to jump in, reacquaint yourself or go further than you could for this amount of money before.