Skip to content
February 21, 2011 in The West Australian See more stories from this title 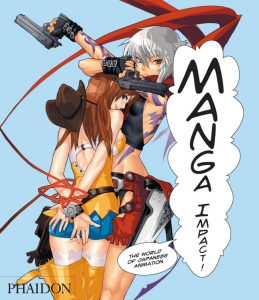 In fact, as Manga Impact will show you, Japanese animation has a long, complicated history as rich as its country of origin. Most casual fans born since 1970 assume it was born with Akira, but the classic 1988 action film (based on the 1982 comic) merely popularised the style in the West. In fact the entire postwar period is full of the drawing styles and distinctly Japanese cultural tones that both encompass the movement and permeate its momentum. Just two from living memory are Kimba the White Lion and the hit TV series from the late 70s TV series Gatchaman, re-edited and re-dubbed for English-speaking kids the world over as Battle of the Planets.

It can be argued the modern school of manga began with 1951’s Astroboy, but as this thorough and expansive alphabetical guide to styles, directors, artists, writers, characters and studios shows, it goes back much further than that. Some manga practitioners were working in the 20s and 30s, the first animated Japanese film appearing in 1909 and the first imagery the name would one day characterise produced in the 19th century.

Manga Impact is a real collectors piece, with a hard wraparound cover but printed inside on newsprint in the old comic style with urgent, motion-inspired typefaces. After about 250 pages of beautifully illustrated listings come 13 fascinating essays that will illuminate you further. The topics are as varied as they are informative, everything from manga history and the merits of CGI versus hand-drawn animation to the philosophical notion that audiences approach animated violence very differently.

But the best part of reading Manga Impact is that if you want to delve further into the Japanimation world this book could be your Bible. Most film or comic fans will recognise entries like Studio Ghibli, Dragonball Z, Pokemon or Ghost in the Shell, but you’ll read about them under entries for the scriptwriter or artist, which will lead you to further work you’ll come to love.

Over a dozen film critics, media scholars, historians, curators and even a subtitling specialist have contributed to the research and text, so it’s not the work of a random fan with a barrow to push — there’s no discrimination between work targeted at men versus women kids versus adults or action versus romance. It’s simply your Japanese animation education sorted.