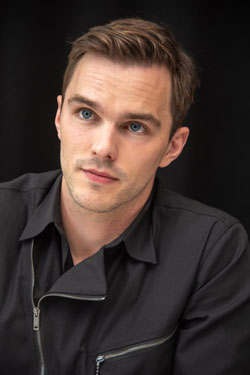 A lot of actors say they’re only happy when they’re working. What do you say?

If you’re on a film set the whole time then it’s such a little bubble and people treat you so strangely. If you always did that and then try to be a normal person you’d just fail epically. You need to step away and see the world. At the end of last year I did a few things back to back and I was having a good time so I was enjoying it. But I stepped back a little bit because I was done. I stopped for a while and then we had to do some reshoots last week and I was excited about doing that again. I realised I was still interested.

What was the hardest experience while filming this movie?

I could never hear anything. You’d see a camera and you’d go, ‘I better act because I’m sure this is me, I’m meant to be doing something’. So that was weird. And then occasionally they’d be like, ‘We’re going to crash this into that and that’s going to blow up.’

Being a road movie, what was it like working with all the fast vehicles?

It’s more about how the camera moves that makes them seem fast. In the middle of the desert there’s no reference points like trees or anything whipping past to show how fast you’re going. So as long as you’re kicking up enough dust you’re fine.