Skip to content
January 13, 2008 in The West Australian See more stories from this title 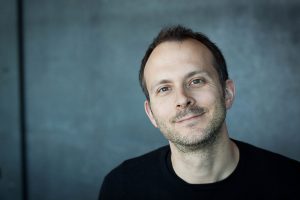 The new breed of economist analyses everything from teen sex to drug abuse, writes Drew Turney.

Once upon a time, we’d ask a criminal psychologist why drug addicts break into houses. We’d fret in school boards and church over the sexual activity of teenagers. We’d grumble over the water cooler about our overpaid idiot boss.

But thanks to a new movement of thought, a popular new breed of economist is shining a light on social affairs as commonplace and timeless as those mentioned above. If you’re surprised to learn how pro-abortion laws have lowered crime rates across the US, you’re in for a new way of looking at things.

Welcome to the age of the new economist. Most of us still think economics is about money, argued over by fusty old men in the parliaments or banks of the world in their own language about inflation, unemployment and exports.

So why are economists suddenly telling us why there’s an ‘epidemic’ of teen sexuality and why it makes sense that bosses are overpaid relative to their contribution. “People are behaving rationally even if they don’t always know it,” says economist Tim Harford.

A British broadcaster and columnist, Harford has a BBC series and two columns for the London Financial Times. His book The Logic of Life, released this week, is a companion piece to his earlier book exploring the hidden machinations of everyday life, The Undercover Economist. “As an example, [The Logic of Life] describes the way men and women chose whether to live in the city or the countryside partly based on their marriage prospects,” Harford explains. “It’s unconscious, but it’s rational. People don’t say ‘I’m going to move to Sydney or London because I think it’s a good place to get a date’. But there’s logic to their actions.”

The new breed of economics concerns just this sort of logical action. The behaviours we exhibit every day (from teen sex to asking for a raise or even looking for love) make modern life one long process of incentive and risk response. There’s supply and demand in everything after all, not just money.

The stuffy old economics definition died with the astounding success of Steven D Levitt and Stephen J Dubner’s 2005 book Freakonomics, welcoming the sort of controversy that drives sales with open arms. Since then economists have become cool, sharing their wisdom everywhere from corporate speaking tours to daytime talk shows.

They’re enjoying the lifestyles and incomes normally bestowed upon movie stars, and as if to prove their new standing, Hollywood itself has come calling. A movie based on Freakonomics from the documentary team behind Enron: The Smartest Guys in the Room is due in 2009.

Like any self-respecting publishing phenomenon, economics books have been hitting shelves in droves for the past two years. The recurring theme is their claims that economic theory can demystify the enduring idiosyncrasies of society if you know where to look. Targeting mass audiences, they’re funny, easy to read and packaged to appeal on a bookshelf. The authors are usually young, hip and looking like they’d be more at home at a comic book convention than the finance pages.

So has economics changed, or just the economists?

Perhaps neither. In looking at everything from the price of coffee to the statistics of speed dating, Harford considers his work looking at the marriage market the same as that of a traditional economist looking at the currency markets. It’s a skill he calls being a ‘data detective’.

“It’s like putting life up on an x-ray machine,” he says, describing the naked facts an economist seeks out. “If you look at an x-ray you’re not seeing everything and what you are seeing isn’t necessarily pretty or reassuring. But if you want to understand what’s going on and what we ought to do to fix it, it’s part of the picture. That’s what I’m trying to give in this book, an x-ray view of life.”

So what do the stuffy old corporate or public economists think of their contemporaries appearing on Oprah, dressing like grunge rockers and talking about Mexican prostitutes and condom use?

Tim Harcourt, whose name bears such a strange resemblance to the other economist in this story it makes one wonder if it’s all this crazy economic theory at work, is Austrade’s chief economist. The Sun Herald contacted him expecting a tirade about these upstart kids more concerned with literary stardom than economic theory.

But as the author of 2006 economics book Beyond Our Shores and the upcoming The Airport Economist, Harcourt is one of the new breed himself. To him, the staid old finance-focused style is the trend that sent economics off course. The modern authors and thinkers are bringing it home.

“It’s what economics was originally about, social issues and living standards,” Harcourt responds when asked if these trendy books are getting it right. “It just got very mathematical and narrow and forgot about people. I went into economics because unemployment was very high in Australia at the time and that was an important problem. Since then we’ve not only had a lot of economic success but people are worried about the environment and world poverty and economics is a practical way of solving those problems.”

So while money’s certainly a factor, the new Economics of Everything movement reveals the world in a new way. When more traditional policy continues to fail institutions from the environment and mass transit to aged care and wealth disparity, a new viewpoint might be just what we need.

Tackling issues like abortion and drugs, it’s easy to imagine authors researching the most incendiary topics they can find, all too aware of the symbiotic relationship between controversy and publicity.

But using economics to ask why teens are having more oral sex than ever before (good news according to Tim Harford’s The Logic of Life, as it means AIDS-aware kids are more likely to engage in comparatively safer practices) serves another purpose. It depoliticises the issue and lets the facts speak for themselves.

“Politicians will keep talking about things the way politicians do,” Harford claims of The Logic of Life. “But I’m just a curious guy interested in the way things work. I’m happy to shed light on the hidden logic of life and let people draw their own political conclusions.”

Above all, economics is an erstwhile message of hope. We tend to think of the collective public of humanity as a panicky, stupid mob given to dangerously wrong group decisions. But that mob, Harford points out, is made of individuals performing a million small cost/benefit analyses every day, measuring the consequences of each choice against their wants or needs.

“People are better able to take care of their own interests than we think,” he says. “They’re able to respond to risks, dangers and unsafe behaviour, and I think that’s quite a positive view of human behaviour. Joe Bloggs is not as stupid as he looks. He can actually take care of himself.”