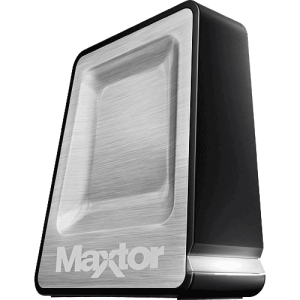 You have to be mobile but you have to keep your data safe. Drew Turney wonders how to do both.

One thing we can never have enough of is memory — both inside our heads and connected to our computers.

Unfortunately we can’t help with improving your organic, carbon-based memory needs like the late night infomercials can, but when it comes to holding and transporting crucial business data, there are a few things you need to know.

The first distinction to understand is the two types of data medium — magnetic and solid state.

The traditional, magnetic disk platter-based method is modelled on a much older technology than the computer, that of the grammaphone. The concept of a finely detailed sensor reading information on a large, flat medium was realised in the vinyl LP. The groove on the surface stimulated the stylus to replicate the sounds waves of the music, an amplifier then bringing it into our range of hearing.

A magnetic data disk works similarly, a stylus both reading and writing miniscule peaks and valleys on a solid metal surface (or a plastic one in the case of CD/DVD media), each ‘bump’ representing the ones and zeroes of computer data.

But there’s a particular limitation on traditional memory storage and retrieval, as you’ll know if you bumped the record player midway through Disco Inferno at your last fondue party. With sensitive moving parts, it has to be kept still and level to work.

Putting a huge scratch through Disco Inferno after a nasty accident doing The Bump is bad enough. If a physical blow causes a head crash — when the stylus contacts and scratches the disc surface — you might have to go through an expensive and time consuming data retrieval service to get your intact data back.

Which leads us to the alternative, solid-state memory. Usually called flash memory, it’s most suited to USB memory cards and smaller applications as it’s a perfect mobile memory solution.

Think of it like etching symbols on a rock. With no moving parts, no amount of movement can affect the data either while it’s being written or stored. Few of us would throw an external hard drive to each other across the office but you’re unlikely to lose any data doing the same with a USB flash drive.

Flash memory has been most widely seen in two forms — memory sticks (sometimes called thumb drives) and memory cards. The latter enjoys wide use in the digital camera and mobile phone markets, and while the possibilities for traditional data storage seem limited today, consider this. Mobile phones are not only getting smarter as we do more business and office tasks on them, the capacity of their onboard memory is growing to accommodate more photos, music and other entertainment or leisure data. Might we some day use flash memory cards to transfer gigabytes of data to our mobile in the future, letting it be our portable back-up drive?

So why do we still bother with stylus and disk platter-based memory? In a word, price. The recently released Buslink 64GB flash memory stick is a hefty US$4,800, where you can get a 320GB hard disk from an online retailer for $100.

But prices are coming down just like capacities are rocketing up. Cast your mind back a few years and a 1.5GB flash drive was huge, costing well over $100. Now you can get one online for $10. Solid state memory is fast entering the market usually exclusive to magnetic drives.

When it comes to read/write speeds, flash memory is much faster to read from than magnetic memory. In the case of a traditional hard disk, you need to send the read/write head on a mission to search the disk(s) for the right data.

Magnetic memory wins out when it comes to writing data, but just as flash memory’s creeping up in capacity, it’s also nipping at the heels of magnetic memory’s write speeds, so it won’t be long before it leaves your magnetic platter hard drive in the dust. And as flash memory is typically smaller in size, that makes it a more viable alternate to mobile data.

None of which is to day magnetic memory can’t be mobile. With desktop PCs still losing market share to notebooks, hard drives themselves are getting smaller. A 250Gb drive can fit in a device not much bigger than a large mobile phone, and even a device several terabytes in size can be small enough to carry around in a bag or briefcase.

When it comes time to ask yourself which is for you, the variables to consider are pretty simple. How much data do you need to store? How much is it likely to grow (always overestimate)? Do you have to share it with a lot of other PCs or systems? Does it need to be with you at all times? How fast do you need to transfer data to it and how often?

Of the models on the market, the following are a small cross section, but will give you an idea of what’s out there.

No, it’s not traditionally thought of as a flash drive, but that’s what it is. 160GB might not be the biggest disk on the market, but if you’re a small one-man show, hooking your iPod up to your computer at the end of every day and running a sync/backup application is a dependable solution.

Of course, the more music you have the less space you’ll have for other data, but think of it as an external drive with a great music player thrown in.

You might equate Iomega with those old $30 zip disks you were always pleading clients and suppliers to send back, but they’re still going strong in hard disk storage, and the REV drive is their latest addition.

You can connect it via USB, SATA and Atapi and if you’re a PC user it has drive letter access, which means it appears on your desktop or network as a drive letter, helping many network-wide backup operations.

Of course, the biggest risk with transferring data between systems or carrying it with you is human error. You don’t want to accidentally leave your files for a top-secret project on the train. In response, Kingston has expanded their DataTraveler range to include the DataTraveler Locker.

It lets you create a private partition on the card that’s protected by the 256 bit international encryption standard. The encryption is done on the fly with every data transfer and is accessed by a password. After ten wrong password attempts, the card automatically reformats itself.

At 2, 4 and 8GB it’s not going to hold all your large publishing or hi res image projects, but it’s a great size to protect your general admin and confidential accounts and is compatible with Windows, Mac and Linux.

It might be a new experience to use flash memory inside your desk-bound computer, and you’ll enjoy the increase in response times and durability, but being this cutting edge isn’t likely to come cheap.

The Maxtor One Touch has a very user-friendly profile, both in looks and behaviour. The ‘one touch’ of the name refers to the single button on the front of the body. After setting up a backup or data sync regime, just a single click sets it in motion.

It includes SafetyDrill, a system restore solution that backs up your hard drive and can restore it in the event of a crash or virus, and it comes with a host of other software utilities to protect, move and encrypt your data.

Sometimes, just dragging your work in progress folder to a hard drive isn’t enough. You want a snapshot of your entire system profile, everything from data to Internet bookmarks, emails, settings, passwords and instant messaging.

The FreeAgent Pro is a hard drive that comes in a variety of capacities and can be used as a plain external hard drive, but it’s the software that kicks it up a notch. Collecting and archiving all the above information means you can sync more than one computer together. Take the FreeAgent Pro between work and home, for example, and you’ll instantly be working with everything as you left it on another system.

There’s a good chance Western Digital built the hard drive that’s in your computer right now, so they know what they’re on about. For a company that does one of the crucial internal parts of a PC, they’re surprisingly conscious of the design of an external device. The MyPassport Elite is a slim and stylish external magnetic drive that fits in your pocket.

Unlike many drives it’s powered by the USB bus, so there’s no external power cord. Take it to another PC in an unfamiliar house or office and there’s no hunt for a power point — just plug it in and it comes to life. Going one step further than one-click backup, you can set the MyPassport to back all your data up every time you connect it.

It also comes with a remote retrieval solution courtesy of remote access software MioNet. Just plug the MyPassport Elite into another PC and run the onboard MioNet Key to grab the files on your own PC over the Internet.

Have a spare hard drive or CD/DVD drive sitting around but no more drive slots in your PC? The Belkin drive enclosure is an inexpensive way to turn it into an external drive.

It supports most ATA hard drives and ATAPI optical drives and takes care of all the cooling and power switching on board. It’s easy to open and replace the drive and supports multiple USB speeds. Holding drives up to a maximum of 250GB, it’s ideal if you’re light on budget but stocked up on components.

By virtue of their mobility, removable memory devices should be tough, and they don’t come much tougher than the Sandisk Cruzer. Sandisk claims the 4GB flash drive is crush resistant to over 2,000 pounds — almost a ton.

The Cruzer’s U3 technology allows you to transport your files including all preferences and software with the dedicated CruzerSync synchronisation tool. It also comes pre-loaded with Skype software, so you can make calls using your own Skype account from any Internet-connected enabled computer.

Sometimes you want a no-nonsense plug and play flash memory stick, and the Verbatim Store’n’Go is just that. The Connector is retractable so there’s no need for a cap you’ll probably lose along the way and it comes preloaded with password protection software if you want to make it safer.