Skip to content
April 6, 2020 in Moviehole See more stories from this title 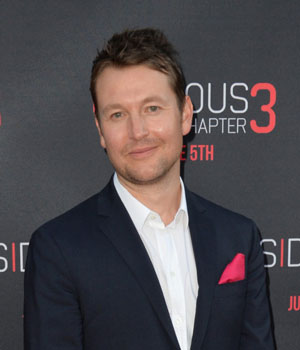 After studying film at Melbourne’s RMIT with friend and creative kindred spirit James Wan, Leigh Whannell found himself in a Hollywood fantasy world when a major studio (Lionsgate) bought their high concept short film Saw and gave them US$1.2 to make a feature version.

While Wan shepherded the similarly massive Conjuring universe into being and joined the billion dollar directors club with Furious 7 and Aquaman, Whannell toiled away as a writer, actor and emerging director in small scale Australian projects and the Insidious series.

But his ambition was always to be a filmmaker in his own right, and after 2018’s Upgrade became a critical hit and returned $17m from a $4.7m budget, he was on his way. When it was revealed Whannell would be directing big screen remakes of beloved properties The Invisible Man and Escape From New York, it seemed he was on a trajectory to join his former partner Wan in Hollywood’s most exclusive sandbox.

Whannell talked to Moviehole while on his Auatralian tour promoting The Invisible Man, a small, indie domestic abuse parable that looks like a horror blockbuster.

It’s not like the classic 1930s monster movie the character originated from. What was your remit with the story?

I wanted to make it really suffocating and intense. Something that was intense from the first frame of the film all the way through. I worked really hard to build a film that was stressful to watch.

Ezliabeth Moss is the target of much of that suffocating tension. We’re used to seeing her terrorised and brutalised after The Handmaid’s Tale. What made her right for the part of hero Cecelia?

I spoke to her on the phone as she read the script, and I could tell she was sussing me out, trying to figure out if I was a lunatic or not. When we first spoke, I remember I was struggling to hear on the phone, I was in a car and kids were screaming in the back so it was really awkward. I couldn’t quite hear what she was saying but I’m nodding along.

Eventually, we connected and when we finally got in the same room together in Sydney [The Invisible Man was shot in Melbourne] we found we had the same goals for the film and I could see her relaxing when she found out I wanted to do what she wanted to do.

And it was a real collaboration, I can say that with total honesty. She helped me a lot because the central character is a woman and she’s going through all these issues that are very specific and personal to women. She was really a co-writer with the character, she helped me with a lot of the authenticity, giving me an insider’s view on how a woman would feel in a certain situation, and it was great.

It was definitely one of those collaborations that makes the film better. You often hear about actors and directors and an antagonistic relationship, and maybe something good still comes out of it. Ours was the opposite of that in terms of collaboration.

Did the script change much after she came on board because of the point of view she bought to it?

It wasn’t one of those scripts that goes through dozens of drafts and changes drastically, the first draft isn’t too far away from the movie you saw. What Libby did was really helping the characters and getting into her head and I was happy to have her as the authority on that.

You weren’t involved in the Saw series after writing the first three films. What do you make of the reboot coming from Chris Rock?

I didn’t mind it, I wish them the best of luck. I’m a big fan of Chris Rock so I’m kind of stoked that he’s involved. I hope this leads to me getting to hang out with Chris Rock and have a drink with him one day. But it’s fun, you know, I have a lot of affection for Saw. I wouldn’t be talking to you right now if it wasn’t for that project, so I’m very nostalgic about it.

I sort of sat back like a proud parents as those movies were made but I needed to go down my own path. You know, Saw put James [Wan] and I on the map but then you have to stay there – it’s just as hard staying in as getting your foot in the door and I wanted to keep making films so I put everything I had into the Invisible Man, I cared so much and sweated blood over every frame of the film.

I just want to see what the world thinks of it, I’m kind of holding my breath right now waiting for that reaction and then I’ll probably go sit on a beach for a while and decompress.

You’ve never got to the point where you just wish the world would move on from Saw?

As a creative I remember thinking we should have stopped it with the third film, that’s my personal opinion – I should have made three – but I don’t have that control over it and the producers just kept cranking them out. So the biggest statement James and I could make about it is just stepping back from it, it’s not really ours any more. We’ve handed it over.

And it’s really interesting to see other people take ownership of it and make it their life. It’s pretty flattering to watch someone else devote themselves to something you created. You know, Chris Rock wouldn’t be making this film if I hadn’t sat in my bedroom when I was still living with my parents in my early 20s and written a film on my crappy old PC.

It’s the butterfly flapping its wings in Tokyo that causes an earthquake in Brazil, you know, you never know the butterfly effect your work is going to have.

There’s a parallel there in that The Invisible Man is a pre-existing character, it’s not completely your creation. Does that feel a bit weird or new?

It’s the main thing I was aware of, that I was messing with a character that’s beloved and has a history and a lineage. But what I tried to do is pretend this movie had never been made before. I didn’t want to think about any other Invisible Man films, novels, whatever, I tricked myself into thinking this was the first Invisible Man film and I worked really hard to modernise it.

If you work hard to make [horror] films stressful, people will forgive you for anything. In a horror film it really works if [the audience] are tense the whole time, they won’t mind so much that you redesigned their favourite horror icon.

That’s my theory anyway, I’m willing to be proven wrong but I’m hoping that anyone who goes in thinking I’ve messed with their favourite character will quickly forgive me once they start clenching up.