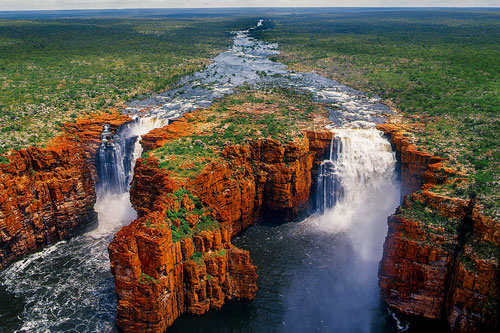 It’s one of the truest axioms that if you can make a living out of doing what you love, you’re lucky.

Most of us who live in the city rarely get the chance to see the stars and night sky from a remote desert, let alone do it for a living.

Greg Quicke, originally from southern forest country, is one of the lucky ones. He speaks softly, with a calm, unhurried manner that seems to befit life in the far north.

As owner/operator of Broome’s Astro Tours, Greg takes groups of people into the desert and shows them the night sky that’s kept him company for the last 20 years.

After moving to the area to take part in the pearling industry, Greg built up an intimate but unwitting knowledge of the night sky and the cycles that dominate it. ‘The stars showed themselves to me after watching the moon cycles for long, because the pearling industry depends on the tides so much.’ he says.

When asked if people need an amateur astronomy background to fully appreciate the night, Greg advises taking the same approach he did. ‘It’s actually better if they don’t,’ he says, ‘because they have no preconceptions. It’s as our brochure says; ‘For anyone who’s ever looked up at the sky and wondered’.’

Speaking about Broome, Greg sounds like a man who’s found his home. Asked about the multiculturalism, he says it’s what appealed about the city. ‘It doesn’t matter if you’re black, white or brindle,’ he says, ‘What I love about it is that I was accepted for who I am.’

And while other cities blow their trumpets about multiculturalism, it seems to have come naturally to Broome, courtesy of the pearl diving industry. ‘Broome is what Australia would have been like without the White Australia policy.’ Greg says, ‘There’s a real harmony.’

When asked what he loves about the Kimberley, Greg is unhesitating. ‘The openness.’ He says, ‘not just of the landscape, but the people.’