Skip to content
December 10, 2012 in Penthouse See more stories from this title 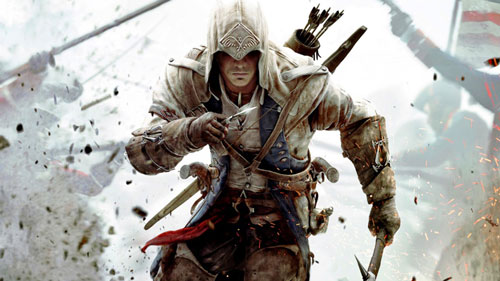 For Alex Hutchinson, Australian creative director behind Assassin’s Creed III, shepherding the gaming industry’s stealthiest killer to our consoles was a long road…

How did an Aussie end up in charge of one of the biggest game franchises ever?

I’ve been a lifelong gamer and always had games around but didn’t really perceive it as something you could have a career in.

After doing various bizarre things like a degree in archaeology I was picked up as a designer at a really small Australian company, which was sort of my big break. I worked with a bunch of producers who went to Electronic Arts in California who wanted me to go over and work with them.

After working on The Sims and Spore I transferred up to EA Montreal to be creative director on Army of Two the 40th Day, and I was fortunate enough for Ubisoft to give me a shot on Assassin’s Creed III.

What does the average workday comprise?

In the beginning your job is basically to define the project parameters – what’s it about, what should be exciting about it? You draw boxes around the different jobs like laying out the story with the writer and the core features with the game director or lead designer. Then you work with all the different departments like art or sound and try to make sure it’s cohesive.

Towards the end you become a bit more of an editor. Everything’s finished but you’re tuning things and tightening the screws on bits, cutting bits if they don’t work. Then I start doing the external communication of selling it, explaining why we were excited three years ago and why you should be excited now.

How familiar do players have to be with previous versions?

We tried very hard to come in clean in Assassin’s Creed III because it’s a brand new time period, character and plot. There’s a little bit of stuff we have to get you up to speed with in the present day but we do that at the start. Hopefully it’s satisfying for fans but perfectly understandable for new players.

Is it a difficult balance to strike between the two?

Yes, and what you tend to do is make sure you re-explain things while putting in new stuff. But because the storyline is brand new, we don’t need to assume any knowledge.

What the appeal been about the whole Assassin’s Creed series?

It’s this idea of being an assassin, which is an exciting and dangerous action fantasy. But the other half of it is being a tourist in different historical periods, Venice in the Renaissance or Boston in the American Revolution.

As creative director are you thinking of the demographics and sales potential while you’re developing the game?

We’re here to sell copies and stay in business, so you have to be aware of what’s going on and what’s popular. But we try very hard to be different and I think you can see it in the reaction to the game’s announcement. People thought ‘It’ll never work, there’s no buildings and no cities’. That for me was the exciting thing because it meant we had something fresh and new and could surprise people.

Do time-poor adults over 30 have any hope of enjoying games with Assassin’s Creed’s complexity?

We often get yelled at by hardcore fans for semi-automated things like the free running, which makes you look amazing but doesn’t ask too much of you. So we try to find a balance between letting new players win but it holds levels of achievement back for people who have the time to invest. It’s a delicate balance but of all the games out there Assassin’s Creed III isn’t the trickiest.