Skip to content
December 15, 2013 in Moviehole See more stories from this title 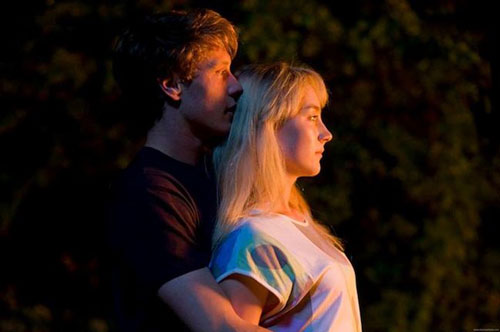 Where Michael Bay has a distinct cinematic shorthand (explosions, chicks in skimpy shorts, loving slo-mo shots of military hardware), UK director Kevin Macdonald is one of those filmmakers who’s impossible to pin down.

He came from the world of documentaries, bringing us the searing human drama of Touching the Void in 2003 before shepherding Forest Whitaker’s finest role to the screen as the Ugandan dictator Idi Amin in The Last King of Scotland (2006).

More docos came in amongst State of Play, 2009’s political thriller starring Russell Crowe and Ben Affleck, very much in the vein of the great paranoid dramas of the 1970s. Then Macdonald played a crucial creative role in Life In a Day, the experimental film form Ridley and Tony Scott assembling short YouTube clips into a documentary.

One wonders whether the current crop of young adult love story dystopias sweeping cinemas inspired Macdonald’s latest film, How I Live Now, but he once again jumps genres to bring us something different. We spoke to the 46-year-old director from the UK.