Skip to content
September 13, 2005 in The West Australian See more stories from this title 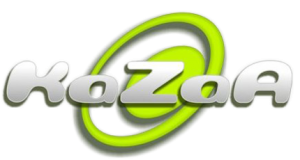 It was inevitable that — in the age of digital content — high bandwidth access would be both friend and foe to copyright holders; it was an exciting new delivery method but a huge security hole.

Napster was an easy target — it held copyrighted material on its own servers. The next generation or peer-to-peer file serves, of which Kazaa is the current ringleader, is non centralised. So (as Sharman Networks, the Sydney-based owner of the sharing client), the software can take no responsibility for how it’s used.

In this week’s high-profile court ruling, the law doesn’t agree. The Federal Court ruled that Sharman has to tighten the floodgates on copyrighted material through Kazaa within months.

But the peer-to-peer file sharing culture has consistently managed to stay one step ahead of the Big Media-owned music industry so far, and Kazaa might just pip them at the post again. If an announcement from the Sharman Networks war room this week is to be believed, they might be shifting focus, seeking a more legitimate revenue stream and becoming the music industry’s new best friend.

Kazaa is going legit, and trying to score some feelgood brownie points in the process. Om Records has made activist album reboot: Notes for the Next Generation available through the file sharing service, in a move Sharman Networks undoubtedly hopes will buy some legal download legitimacy. With proceeds going to orphans of AIDS throughout Africa, Om’s partner in the project, NextAid, are talking up peer to peer file sharing as a way of reaching a global audience.

Alan Morris, Sharman’s Executive VP, agrees, outlining the model that’s been great in theory, less than perfect in practice. ‘What’s really exciting is that Om Records sees the value of using peer-to-peer to further their promotion and provide people around the world with access to great creative works,’ he said in a statement.

Perhaps it’s no coincidence the first track form the album, A Call to Action, is being distributed free, as it seems to be just what Kazaa is doing. What’s more, that action might make Sharman Networks the most business-friendly they’ve ever been’