Skip to content
December 20, 2010 in The Sydney Morning Herald See more stories from this title 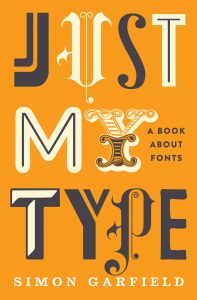 If you’re like most people you probably think fonts are something to change on the PC when you’re doing birthday party invitations in Powerpoint. Most of us vaguely know they predate computers (newspapers are centuries old, after all) but you might not know they have a rich history of hand-crafted artistry that goes back even before the Gutenberg era.

In fact, many typeface purists will tell you the computer is the worst thing to happen to fonts, making it not only easy for amateurs to (mis)use but also create. Next time you get junk mail or a greeting card in a font inspired by a sci-fi movie, dripping blood or shaped like penises (yes, it exists), you might agree.

Although software engineers created many of the fonts we know today, their true spirit is one of dedicated artisans of the early enlightenment hunched over woodblock etching or metal letterpress pieces for hours on end. They worked according to arcane principles of legibility most of us can’t even see with the naked eye, but which mean the difference between reading the words on this page with pleasure or a splitting headache.

Every designer has their pet font hates — many reserve particular vitriol for Microsoft’s Comic Sans, and Garfield opens Just My Type by telling the story of its speedy appropriation for the worst possible uses and the subsequent hatred it attracted. But instead of joining the judgmental cacophony, Just My Type does something special.

Even if you’re not a designer or font tragic (one German typographer claims he looks at type the way most men look at womens’ bottoms), Just My Type is far more gripping, fascinating and funny than you might believe. The devices, anecdotes and trivia Garfield uses to tell them make the book a unique pleasure to read.

Simply put, he doesn’t forget he’s there to tell a story. You’d hardly believe the creation of letters on the page could be so rich with romantic intrigue or commercial skullduggery. Take the tale of a disgruntled industrialist who decided he’d rather destroy a jointly owned typeface than give it to a former partner in an early 1900s business settlement — he spent every night for five months surreptitiously carrying the metal blocks of letters across London to throw in the Thames.

Not every story is archaic or delightful (such as when the Nazi party outlawed an entire family of fonts because of their popularity on documents owned by Jewish banks and businesses), but they remind us fonts are just pieces of metal or strings of software with no morals of their own, but which we trip over constantly in our pursuit of artistry. In January this year the French Ministry of Culture and Communication unveiled the campaign spearheading the government’s anti-piracy efforts, complete with a logo containing a font the design community soon realised was pirated.

Fonts, like writing itself, can be cheeky or stately — living, breathing things that constantly consume and reinvent themselves as they drift on the tides of fashion (why does so much film marketing use Trajan lately?) It’s a dichotomy between fun and lofty ideals Garfield understands, conveys and embraces beautifully.

Just My Type could have been a dry chronological tract telling us how Gutenburg led to the iPad all over again or addressing esoteric taxonomic groupings that wouldn’t matter to most people. Instead, the whimsical structure takes us on a loose historical journey with chapterlets it calls ‘Fontbreaks’ that itemise fascinating stories about particular characters (human, hot metal or digital) from the font world.

It’s a physically beautiful volume with examples of different typefaces scattered throughout for context and like Garfield warns, it will bring out the inner font spotter you never knew you had.