Skip to content
April 30, 2008 in Dark Horizons See more stories from this title 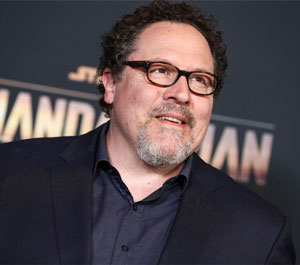 Lovable loser in Swingers, wannabe mobster in Made, astronaut in Deep Impact. The director of Elf and Zathura. Producer, writer and prime mover in countless other projects. Of all Jon Favreau’s hats, he thinks he’s found his favourite in Iron Man, as Drew Turney discovers.

The superhero movie’s a crowded genre full of turkeys. What did you think you could bring to Iron Man that hadn’t been done?

On the plus side, there’s a tremendous appetite for superhero movies in the world. It can be bigger than life and it’s a genre where even if you don’t deliver fully, a lot is forgiven because people enjoy watching the special effects and the simple storytelling.

But on the con side, it’s a genre that’s been kicked over pretty fully with tremendous budgets and the characters that are better known than Iron Man.

Of course, that meant there were a lot of things we could do that you haven’t seen before. The challenge was to find a unique way to tell the story and take advantage of a popular genre.

Probably my first and biggest contribution to that was in casting Robert. In many ways he overshadowed the character of Iron Man and ended up defining the film, and I think people are very excited to see Robert in this role.

Part of my selling this concept to the powers that be was reminding them how people felt about the idea of a Pirates of the Caribbean Movie and when it was announced that Johnny Depp was involved it changed the audience.

So it was a way of allowing Robert’s performance and personality to inform the film. If you know anything about the source material, it’s a pretty consistent vision about who Stark is.

What convinced you Robert was your guy for Tony Stark?

Just meeting with him and knowing his body of work and his style of comedy and performance. He’s one of the few guys who can bring a comic feel to this, a lightness of tone to a deep emotional commitment.

He’s also hit an age where he can be a man and represent more than just an impetuous young trickster. He has a certain gravity that’s required for the job. You need someone with emotional grounding because it helps a film that’s otherwise just a special effects reel.

Robert and a cast that fell in around him brought an added level of reality to the film that I think grounded it quite a bit.

Because comic book movies are so broad and made for such wide release, why all the talk about pleasing a narrow spectrum of fans? How conscious do you have to be of getting the back story and minor characters just right?

Fans of the books are all too used to be ignored or brushed aside when convenient, and studios have no problem arbitrarily changing anything they want to if they think it’ll be more lucrative or more approachable. The reality is that the fan base only represents a very small percentage of the ticket-buying audience that you have to appeal to.

But in this particular case, since it was a Marvel Studios film, I felt added obligation to consider the source material and when we changed things it was in consideration of the core base fans.

We were also depending tremendously on that core audience, because nobody in the mainstream had really heard of Iron Man, but within the fan community he was seen as one of the most prominent characters in the Marvel universe. He’s been around for 40 years and was always a bit of a subversive figure.

That segment of the audience is very vocal online and so gaining their acceptance slowly percolates up into the mainstream.

How comfortable were you with the CGI and high technology?

I’ve become very comfortable with it over the last few years. I was exposed to it initially through Elf and then later through Zathura . They had a lot of technical achievements and drew very good reviews in the States, but Zathura didn’t do any business, so it felt like although I poured a lot into that film, I didn’t really get the satisfaction of reaching a wide audience.

But it did prepare me for the challenges that I would face in this film. And in this age when people are watching things over and over again online or on DVD it’s incumbent upon you to have as much detail as you can, as much visual interest in the margins.

After being an actor, director, producer and writer, do you have a favourite?

Being a director is going very well for me. If this film is successful I think I’m going to be relegated to the day job of a director. I get opportunities to act here and there, but I can’t really commit to large roles or a lot of them because it takes me away from an area that doesn’t really give you a lot of flexibility.

I was working on Iron Man pretty much full time for two years and I was able to do a role here or there and might be able to do something before I launch my next project but those opportunities are few and far between.

Is such a varied career including Swingers, Wimbledon, Zathura and Iron Man a conscious effort to keep yourself fresh?

It keeps things interesting and it keeps them from getting boring, and I find it easier to apply myself when something piques my interest. You tend to get lazy and complacent when you find yourself repeating the same thing, so it has been fun.

Everything’s a learning experience and when you take the opportunities that present themselves to you it always leads to something else, and I didn’t know that I’d be doing a superhero movie at this point in my career.

Vince (Vaughan) and I started I started off in independent film, and Vince was basically doing the same type of humour when The Wedding Crashers made $200 million as opposed to $5 million and everyone thinks he’s changed, so we go from being independent voices to part of the system and become mainstream.

Then there are younger filmmakers that are coming on the scene and they’re the ones with the fresh vision. Eventually they’ll become the mainstream too, it’s just part of the metabolism of Hollywood.

Now you are mainstream, do you have to be careful to not get too complacent and make sure you still shake things up?

You always want to try to do something that doesn’t look down to your fans. I like directors who’ve come from the independent world to doing this type of movie and seeing how they handle themselves. People like Sam Raimi, Bryan Singer, Peter Jackson and Chris Nolan have remained relevant, so the transition from small to big movie-maker seems to be more organic than it used to be.

So thanks to filmmakers like those guys, we have an opportunity to bring that sensibility and the lessons they learned in smaller movies to these big, blockbuster movies and elevate what’s expected of them.

Is it a scary or exciting point in your career now it looks like you’ll be elevated to the status of big blockbusters director?

It’s sort of scary because you’re playing a much higher stakes game. You’re given tremendous resources to make a movie, but these movies also require tremendous resources, so you still feel as under the gun as you did scrambling around in 25 days shooting Swingers.

But you also have the experience and confidence that comes with having made a number of movies. I don’t put myself in the category with the Spielbergs of the world, but I do think I can aspire to be like the Raimis and the Nolans and I think that’s a more relevant career path today, where you make big movies and find ways to do small movies and vary your work.

There are a lot of possibilities for Iron Man if it’s successful and becomes a franchise, there’s a lot of ground to break and areas to explore. But then you have the daunting task of having success behind you and that puts more pressure on the next project.

But I don’t think I’ll be shaken too much by those challenges.