Skip to content
August 30, 2016 in Moviehole See more stories from this title 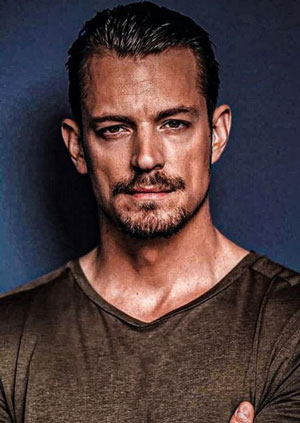 The first time you really noticed Joel Kinnaman was probably either TV’s The Killing or filling shoes once worn by Peter Weller in the 2014 RoboCop remake.

From the starring role in the latter, it took awhile for the Swedish born actor (real name Charles Joel Nordström) to really pop. Recently he’s been in Terrence Malick’s Knight of Cups which – let’s face it – nobody understood and the ill-advised adaptation of Lee Child’s book Child 44.

But 2016 might finally be his year. Following a very classy turn as a crusading politician in Netflix’s House of Cards (the polar opposite of his big screen roles so far), he joins the years most zeitgeisty film, Suicide Squad.

The 36 year old talked to Moviehole.net on the Toronto set of David Ayer’s anticipated comic book blockbuster about his character Rick Flagg, military handler of the Suicide Squad.

It seems like character of Rick Flagg is one of the few true heroes with integrity.

I think that’s what I really like about this script, it really questions ‘what is a hero and what is a bad guy?’ It’s my favorite theme when it takes place in the gray zone more than in the black and white. We see some good guys doing some bad things, and some really bad guys doing some good things.

He’s just a soldier. He doesn’t have any superpowers or any kind of special powers?

How does he fit into the team?

He’s basically holding the team hostage because he can kill them. They all have implants in their necks, he’s forced by his boss to do this, and he doesn’t necessarily agree with his boss. Then over the course of the movie you see how that sort of allegiance shifts and how he questions his morality.

Do the other guys get more action or is he in on the action as well?

No, they’re all in on the action. The superpowers here aren’t that crazy. Diablo [Jay Hernandez] can get pretty crazy, but he’s quite passive in the first part of the movie. Deadshot [Will Smith] is an extremely good shooter, but so is Flagg.

What’s your character’s arc, if any?

He thinks [the Squad] is a horrible idea. He wants to solve this with his team of operators that he knows and he can trust, but now he has to deal with these psychopaths that do not follow orders, they just go their own way.

Then he sees how affected they are, and also that they also have a moral foundation though it takes a different shape than his. He starts to appreciate these people, and his allegiance starts to shift towards them.

How does he fit into the gritty real world director David Ayer wants to create as opposed to a hyper-real comic book world?

I think this whole DC approach has a very different tone than the Marvel world. I think the stakes are higher. There’s more real emotion in it, and there’s a lot of over the top, fun characters. The comedy comes more from characters that are extreme, more a world that isn’t really taken serious.

I think that is sort of the main difference. It’s much easier to share more of your feelings when the world has a seriousness to it. There’s a playfulness in the characters, but the world is real.

Was it a really different experience from Robocop? This looks like it has a lot more practical effects.

Yeah, it’s much bigger. It’s really evident for me because we shot that here too, in Toronto, and this movie is about twice the size of RoboCop. There’s a lot more stunt people.

We were doing scenes last week where we had about 26 people on wires just running on walls, this whole wall of bad guys coming towards us. I think there were probably about fifty people in the whole scene.

Is it more fun filming that way?

I love being in the real action. It really bores me to watch a city get demolished in CG. I’ve seen it so many times, I’m bored by that.

Mad Max was an excellent example of real people doing very well rehearsed but dangerous things. There’s a tension when we do stuff for real that you can’t recreate. We have the same stunt team they had on Mad Max so I wouldn’t be surprised if we see an increase in those kinds of action films in the future.

Did you get to do a lot of your own stunts?

I’d love to say, “Yeah, I do all my stunts,” but I mean, I’ll do as much as I can. I’ll do the stuff that matters when you come in close. Then there’s things like jumping out of a speeding truck that’s driving fifty miles an hour. I’m not going to do that.

If a stunt guy sprains his ankle or breaks his leg, worst case scenario, it’s of course really bad and tragic, but if one of the leads of the film does that the whole production is in jeopardy.

There’s this big bar scene right before the final act. It’s quite obvious that the world is going under and we’re all going to die, and there’s not much we can do about it. A couple of the others are like, “Fuck it. We’re all going to die,” so they head into this bar and everybody becomes kind of candid and a quite honest conversation ensues. It was just like a real drama scene with seven people… and a crocodile.