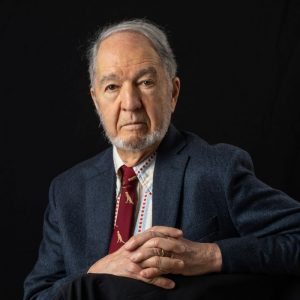 Reading Jared Diamond’s influential books on humanity’s history like Guns, Germs and Steel (1997) or Collapse (2005) would give you no indication of the controversy and criticism levelled at him over a long an auspicious career.

While never boring, his prose has a measured, almost detached quality, as if he’s peering at the bloody history of our species or the catastrophes that have bought civilisations down like a virologist looking at bacteria through a microscope.

But where other academics who’ve been accused of anything from racism to plain ignorance might get incendiary or defensive in response, Diamond keeps writing with the same clear, dispassionate prose he always has.

So it’s something of a surprise to get to the end of his most recent book Upheaval and realise you’ve actually read a very passionate polemic, a call to arms to learn from the mistakes of our forebears before it’s too late.

Upheaval looks at the changes societies have undergone in response to anything from the threat of invasion (Japan, Finland) to belligerent supremacy (the US) to a change in the national character (Australia), all countries Diamond has spent enough time in to watch them change.

He proposes a unique methodology of comparing national crises to those we go through in our personal lives as individuals, and draws some pretty dire conclusions as a result. He spoke to Drew Turney from London while on Upheaval’s promotional tour.

Where did the theory come from to compare national crises to personal ones?

Two things. One, would I reflect on the countries where I’ve lived or know guests, including Australia, Indonesia, Finland or the UK. All of them have gone or are going through political crises.

The other is my wife, who’s a clinical psychologist and is doing a specialty in therapy helping people undergoing personal crises. As we talked about her experience with her clients it dawned on me that similar considerations are related to national crises.

Isn’t that a bit simplistic? A country is very different from a person.

To any critics [of the idea] I’d say ‘don’t stop reading at page seven’. In the first seven pages I talk about how personal crises can illuminate national crises, then I discuss the respects in which people and nations are obviously different. So of course there are differences between nations and people, but we propose there are personal crisis that are illuminating when you look at national crises.

Do you consider Upheaval a warning?

Yes. Upheaval differs from my previous books in that it’s specifically about current political crises. Guns, Germs and Steel was about long term patterns of history, Collapse was about collapses of society. [Both were about] the past.

Upheaval is about political crises in my lifetime, either explosive ones like Indonesia or slow moving ones like Australia, so yes, it is a warning. It’s about what we have to do in the next 30 years to rescue the world from the crisis into which world society is descending.

What insight did being in those countries and seeing them change give you?

Every country has different problems and offers different insights. Australia hasn’t experienced an explosive crisis in my lifetime, the closest were of course the sinking of the Prince of Wales and Repulse, the fall of Singapore and the bombing of Darwin.

But Australia’s crisis during the last 15 years has been slowly unfolding, such that many Australians would deny you’ve got a crisis.

Germany during my lifetime has also experienced a slowly unfolding fascination of national socialism, whereas Chile, Finland, Japan and Indonesia all experienced explosive crises.

In some cases, like with Australia, it seems like being there, leaving and then coming back has afforded you a unique angle on change.

That’s true. All of the countries I write about, I’ve been visiting for decades. So yes, I have a long standing perspective, and that’s why I chose those countries rather than a random sample.

When it comes time for you to talk about the US, a lot of readers will be expecting you to address the current administration. But you seemed to address inherent and longstanding political problems instead.

That’s true, and what I wrote will be in print for hopefully may decades rather than a newspaper or article you read tomorrow and be superseded by what happens after it.

The problems with the United States were here before Trump and they will be here after Trump. They’re achieving a very reformed state under Trump, but things are so fast-moving anything I wrote about Trump would be out of date by the time the book was published.

Did people vote for him because of frustration with the problem you talk about?

You predicted a 50 percent chance our society will collapse by 2025. Won’t new technologies and political models come along that will change things too radically for us to account for?

It’s true technology has drastically and will drastically change our future, but let’s be frank about it – technology’s changed our future not just for the good but for the bad. Most of the problems we’ve got in the world are because of our technologies.

New technologies regularly have unanticipated side-effects. A prime example is the refrigerant gas that came in when I was around 10 years old which were poisonous. The last thing my father did at night was check the refrigerators to make sure we weren’t going to wake up dead the next morning.

I had a teacher at school who was extremely old and he remembered automobiles replacing horses in American cities and the widespread happiness because there was a belief it would make American cities clean and quiet by getting horses off the street.

No matter how much society changes, we’re still driven by the pursuits of wealth, power, etc. Can we really change enough?

We have options of learning from history and today we have more options than at any time in the past.

History began with the Greek historians and a lot of that was because of Thucydides 2,400 years ago. Thucydides wrote fantastic history – one of the greatest histories ever written – but he wrote it in manuscript, there was no mass publication.

Nowadays we have mass publication and 99 percent of Australians and Americans are literate. So if people ask me why I’m writing this book when history was already written 2,400 years ago, I’m writing it because today more people read than ever and we know more about history than ever, so I might have a bit of a chance of influencing people more than Thucydides did 2,400 years ago.

But even though information’s more accessible are you generally optimistic that we’re going to really learn from it?

I’m cautiously optimistic. I recognise the problems the world faces, problems we humans have caused, and it’s possible for us to resolve the problems – whether we resolve them depends on how we vote. You Australians have recently had a vote, we Americans will have an important vote next year. I can’t predict how Americans will vote next year, just as most Australians didn’t predict the outcome of your recent elections.

But we have the possibility of solving our problems, it all depends whether we get out and vote and whether we vote intelligently.

Does it feel weird to have been the target of so many brickbats in your career? You’re an anthropologist, not a politician…

It does feel weird, but just to put it into perspective, the vast majority of academics have been really helpful and supportive to me.

Every time I write about a book I’m writing about things which are not my special expertise, so for example in Upheaval yes I have personal experiences with Australia, but I gave drafts of my chapter to up to 10 Australian friends and experts on Australia.

So I’ve gotten huge amounts of support from academics. There’s a small fringe of academics who dislike things I write and who are personally jealous that someone whose training was in gall-bladder physiology comes and writes about history in Australia. But if you’re going to be an author writing for the public you’ve got to develop a thick skin.