Skip to content
May 14, 2013 in TimeOut See more stories from this title 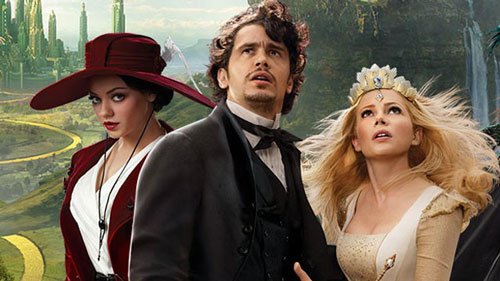 In Wizard of Oz prequel Oz the Great and Powerful, James Franco plays a circus magician, Oscar Diggs, who is transported from Depression-era Kansas to a mythical land where he’s worshipped as a saviour. And why not? The 34-year-old actor’s pursuits have been so eclectic of late that it’s hardly a surprise to see him starring in a Disney movie.

He’s made his name as a fashion photographer, shooting campaigns for Elle Magazine and denim brand 7 For All Mankind. October 2012 saw the release of his first book of poetry, Strongest of the Litter. He premiered two films at Sundance 2013. The first was 14 minute short Herbert White, starring Michael Shannon as a lumberjack and a serial killer. The second was Interior, Leather Bar, inspired by William Friedkin’s 1980 thriller Cruising, which starred Al Pacino as a homicide cop on the trail of a killer stalking new York’s underground gay subculture.

The story goes that Friedkin shot explicit footage inside real gay sex clubs, resulting in backgrounds of real patrons doing the deed. In order to avoid getting an X rating, he excised 40 minutes from the film. Interior, Leather Bar depicts Franco and his creative collaborators conceiving and shooting what they imagine those 40 minutes might have been.

Reviews from Sundance say there’s much more talk than anything titillating, but it’s quite the polar opposite from big studio family outings like Spider-Man and Rise of the Planet of the Apes and comedies like Your Highness and Pineapple Express (‘the movies I want to direct are usually a little more challenging’, Franco says).

Then there’s the mathematical prowess that resulted in a pre-fame internship at Californian aerospace heavyweight Lockheed Martin, three literary and film studies degrees, teaching work and an acclaimed short film career. Have we left anything out?

“I do a lot of different things,” he agrees. “I’ve worked hard and I’m proud of a lot of the projects I’ve done in the past five years. Basically I judge them first by whether I like them. Are they projects I’m interested in? Are they films or whatever they might be that I’m happy to be involved with? That’s really the most I can control.”

But we’re not here to talk about beatnik poets, gay sex in fetish clubs or models lounging around on Laguna Beach looking bored while he snaps away. It’s all about wizards and family themes.

Looking back at the seminal 1939 fantasy spectacle, you realise the wizard was the one character we know almost nothing about. “He plays a very small part [in the original],” Franco says. “That took a lot of pressure off me, I could create the version I wanted without having to recreate and was done before.”

The new take on the wizard is the focal point for a new take on the whole world of Oz. The sumptuously designed sets on the MGM backlot are a far cry from the mostly-CGI shoot by director Sam Raimi. A new wizard and new technology for a new age, perhaps? “It’s a very different approach than the 1939 film,” the star agrees, “my character’s a little rakish, he’s a little foolish. So instead of a straight and earnest dramatic journey through Oz he kind of bumbles his way there. That allows for a fresh take on this world.”

Watch the trailer and you’ll notice two themes. The first is Oscar’s spoken ambition not to be just a good man, but a great one. The other is a love of theatricality, of the art of deception and suspension of disbelief – qualities everything from magic to cinema are all about. That’s when you’re reminded about Franco’s other appearance at Sundance this year – as Hugh Hefner in Lovelace (the story of Deep Throat actress Linda Lovelace), another legendary showman.

Is it a theme for him? Franco thinks for a minute as if it’s never occurred to him before and seems to like the idea. “A showman? I suppose. I mean I am an actor. I am a director. I do put on shows. I play different characters for a living. So there’s a very strong parallel between my life and Oz.”