Skip to content
December 10, 2012 in TimeOut See more stories from this title 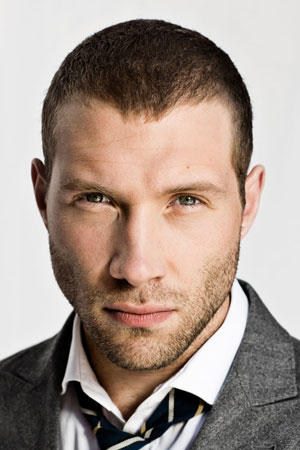 From Packed to the Rafters to Hollywood, Aussie Jai Courtney is set to join a very auspicious club of Aussie action stars.

Jai Courtney looks mean when he sits down with TimeOut. Not that he’s in a bad mood – the NSW-born actor is affable and friendly. But like precious few actors, Courtney carries a very subtle sense of underlying menace, like he could be laughing at a barbecue with his mates one minute and unloading a high powered rifle at innocent bystanders the next.

That’s exactly what he does in Jack Reacher, the new film by Christopher McQuarrie (Usual Suspects) based on Lee Child’s bestselling One Shot. McQuarrie explains he was ‘blown away’ by the actor’s video audition. “He did two versions of it, one with his natural accent and one as an American. His American was so effective I thought he was pretending to have an Australian accent.” McQuarrie emailed it to his leading man – one Tom Cruise – who emailed back with two words: ‘cast him’.

Trading blows with Cruise in one blistering fight scene, Courtney plays a cold, clinical sniper who sets a conspiracy in motion in the opening scenes. “You’ve got to find compassion for your character somewhere,” he says of playing a (very) bad guy. “Obviously he’s capable of some pretty nasty things but it’s easier to work on a character when you understand where they’re coming from regardless of what they’re capable of in the script.”

Courtney is a commanding presence in the film, and Hollywood agrees. After small roles in Packed to the Rafters and All Saints, he secured a coveted role in TV’s Spartacus, one which showcased his stellar abs and installed him as an action star.

After Jack Reacher, he’s joining an even more iconic franchise as Bruce Willis’ son in the next Die Hard film, A Good Day To Die Hard (March 2013). He’s spent time at home to work on two local productions just as he’s set to ‘arrive’ in the US, Felony (alongside Joel Edgerton and British actor Tom Wilkinson) and I, Frankenstein (a comic book adaptation directed by fellow Aussie Stuart Beattie of Tomorrow When the World Began).

Is he ready for Hollywood to clamour to have him back? “I hope this opens up a lot more opportunities. It’s been awesome the last 12 months and I’ve worked with some incredible people. I feel privileged.”