Skip to content
August 1, 2016 in GQ See more stories from this title 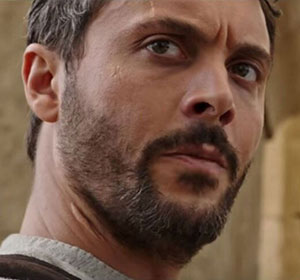 Jack Huston is one of those ‘where do I know that guy from?’ actors.Â He’s been in the Twilight series, David O Russell’s American Hustle, the Coen Brothers’ Hail, Cesar! and if you’re an indie fan, he played Jack Kerouac in Kill Your Darlings alongside Daniel Radcliffe.

For a long time Huston was attached to the on again/off again reboot of graphic novel classic The Crow before bailing out, but he finally might get his Hollywood moment in the sun thanks to a starring role once filled by no less than Charlton Heston.

He plays hero Judah in Russian helmer Timur Bekmambetov’s fresh take on Biblical epic Ben-Hur, and he spoke to GQ in Los Angeles about the fine line between being reverent to a classic and trampling on it, what he and his director can possibly do differently to stand out and not hamming it up quite as much as Heston did.

Talk about your character and any inspiration you had of how to play him.

As always, you start with a script. I was told that very young, that it all starts with a good script, and we had a great script to start with. Keith Clarke did his first pass on the script, and then John Ridley came in and did something wonderful. Together, they made something beautiful.

I was like everyone else, when I first heard they were doing a new version of Ben-Hur I think I was a bit surprised, but I wasn’t against the thought of it because I realise where we are in the world and how different things are and what we have at our fingertips in filmmaking technology.

It was such a wonderful collaboration with the studio and with Timur, who’s such a wonderful, thoughtful, kind, gentle soul. What people wouldn’t know about Timur is he is all about character, he loves to talk about it. We would have long, long, long discussions, and it was an ever-morphing thing.

It would grow and change and I very quickly felt very akin to Judah, there was this sort of weird connection. Things would always come into my head and maybe they might not be overtly there in the movie, but if you know it like we do we know all the little things that we’ve done to it.