Skip to content
October 23, 2015 in Woodrocket See more stories from this title 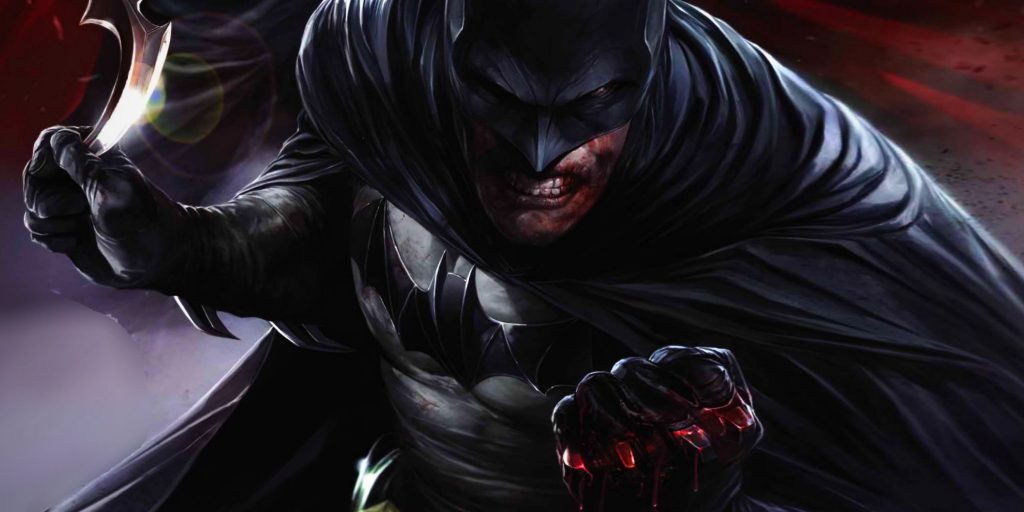 Let something percolate in our collective consciousness long enough and it’ll grow into a profound fable. When DC Comics artist Bob Kane and writer Bill Finger came up with Batman in 1940, he was just a detective in a cape and mask – goofy rather than dark, aimed as he was at the target market of the time; kids.

Seven decades and a raft of social issue later, Batman has taken on Shakespearian proportions, talking about the modern day so successfully 2009 saw the first Oscar awarded to an actor playing a comic book character (Heath Ledger’s posthumous win as The Joker in The Dark Knight).

But hidden meanings can also crop up in modern mythologies, given enough time. Just one is the theory that Batman is one big gay parable, and when panels from the comics’ golden age show Bruce Wayne and Dick Grayson waking up in bed together in Wayne Manner (complete with double entendres about a cold shower) or Batman sporting a suite of rainbow-hued costumes, it’s hard to argue – search for ‘gay Batman’ on Google to see for yourself.

It all started with German born American psychiatrist Fredric Wertham, whose written work about the harmful effects of the media on children included 1954’s book Seduction of the Innocent. Railing against the gruesome and sexually deviant content of comic books, Wertham claimed Wonder Woman had a bondage subtext, images of female nudity were concealed in innocuous objects like trees, and that ‘Batman stories are psychologically homosexual’.

But it wasn’t until the 2000s that Batman imagery ripe for gay reinterpretation came to light. Panels featuring multiple uses of the word ‘boner’ (‘What does he mean Bruce? How can he force you into a boner?’) began circulating online – even though the word meant ‘mistake’ back then.

Since then, even more Batman imagery and content has emerged that looks extremely gay when viewed through the prism of modern sexual politics and motifs. A smiling Batman and Robin sit pressed together at one end of a seesaw. Batman’s costume turns into a riot of rainbow stripes as he attacks a thug. Bruce and Dick enjoy a sauna together.

Even the word ‘camp’ we associate with the 1966 TV show with Adam West and Burt Ward has since attracted gay overtones. Internet users only too happy to skewer pomposity and apply sexual innuendo to absolutely anything picked up and ran with the idea of Batman being in the closet with… er… gay abandon.

The chorus eventually became too loud for even Batman’s creators to ignore. When comicsbulletin.com asked various DC contributors if Batman was gay, the responses didn’t make the matter any clearer. “The Batman I wrote for 13 years isn’t gay,” said writer Alan Grant. “Everybody’s Batman all the way back to Bob Kane – none of them wrote him as a gay character.”

But geek god Frank Miller described the relationship between Batman and nemesis The Joker as a ‘homophobic nightmare’. He suggested Batman sublimates his sexual urges into fighting crime and that he’d be much healthier if he were gay.

As Grant Morrison told Playboy magazine, “Gayness is built into Batman. I’m not using gay in the pejorative sense, but Batman is very, very gay. Obviously as a fictional character he’s intended to be heterosexual, but the basis of the whole concept is utterly gay.” (He later said Playboy misquoted him).

Then there are the movies. After Tim Burton based Batman (1989) and Batman Returns (1992) on the psychologically twisted work of Frank Miller and Alana Moore (who also wrote Watchmen), Warner Brothers relieved him of duties and handed the franchise to openly gay director Joel Schumacher for Batman Forever (1995) and Batman & Robin (1997).

Schumacher fulfilled producers Jon Peters and Peter Gubers’ wishes for a licensing-friendly franchise full of quips, gadgets and flashy effects instead of tortured souls. Batman & Robin in particular returned to the flashy camp of the TV series, all day glow colours, wheeling cameras and sets straight out of a riotous stage musical.

Of particular note to those looking for gay subtext were the ‘dressing scenes’ you’ve seen in a million action flicks. Amid the crash zoom views of weapons clipped to utility belts and hands shoved into bat-gloves were full frontal close ups of the leather-clad bat-butts and codpieces of stars George Clooney and Chris O’Donnell. And then, of course, there were the rubber nipples that generated headlines around the world.

If nothing else, the modern media is an endlessly self-referencing beast, art inspiring satire that in turn inspires art, all of it the collective expression of the human condition.

But sometimes there’s a line. So New York artist Mark Chamberlain discovered when a gallery exhibited his work depicting a gay Batman and Robin, some of the images quite sexually explicit.

When Kathleen Cullen Fine Arts, Brooklyn, showed Mark’s paintings in 2005, it was the best publicity the artist could have hoped for when Warner Brothers sent the gallery a cease and desist letter. “I think a schlemiel in a big huge law office sent the original letter pro forma, without thinking it through or realising they were kicking up a big hornet’s nest,” the artist says today. “There’s no such thing as bad publicity – sales were brisk worldwide.”

But if there’s a line, where is it drawn? Characters from both the big two in comic publishing (DC Comics and Marvel) have been coming out of the closet since the early 1990s, very smartly reflecting changing attitudes among readers and the community. Maybe publishers owned by large, conservative corporations just aren’t ready to have their A-list characters depicted as anything other than hetero-normative, square-jawed muscle men.

Straight as they come?

Of course, we could be imagining this whole thing. Gay culture hasn’t been mainstream nearly as long as Batman has, after all, and boners, rainbow colors and sharing a stately mansion probably didn’t seem any stranger to wartime comic book writers than Bert and Ernie’s living arrangements did to Jim Henson. We might simply be projecting our view of the world backwards into a very different time.

For one thing, Bruce Wayne is shown with one casual girlfriend after another. Romantic tension has always been a critical part of the Catwoman character in the comics, TV show and subsequent movies. Australia’s own Elle MacPherson played Batman’s main squeeze Julie Madison in Batman & Robin (although it must be said he keeps Julie at arm’s length, telling her he’s ‘not the marrying kind’ – billionaire playboy or just in denial about his feelings for Robin?)

The question might never be truly settled. Popular characters are open to endless interpretation by the artists who create stories about them, and while there might well be a corporate ruling somewhere not to make Batman ‘too gay’, the power of art is that it can confound and subvert established modes of thought.

And isn’t that what the gay movement’s always been about too? Maybe Batman has more in common with us than even he realises.