Skip to content
May 1, 2008 in Dark Horizons See more stories from this title 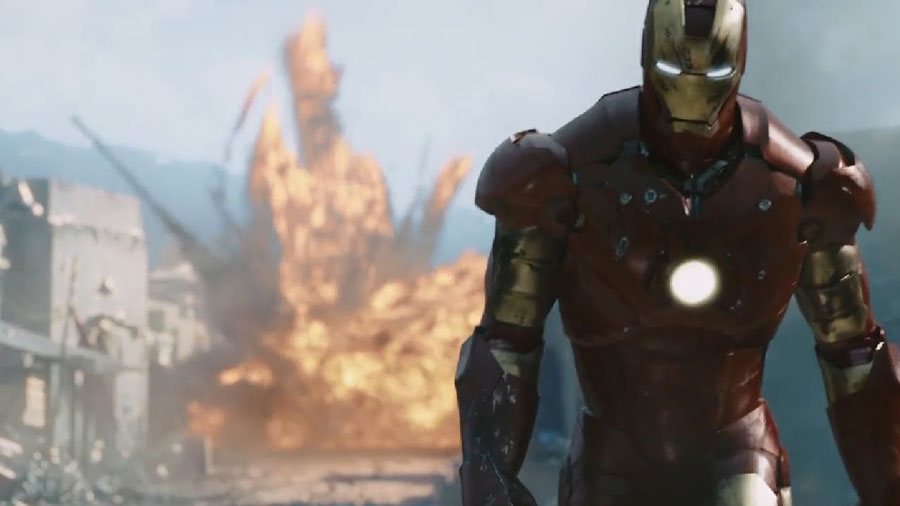 The one thing filmmakers, studio statements and publicity blurbs always foist on fans and media is that it’s ‘all about the characters’. Are they only ones who don’t know most of us go to the movies to see snakes loose on a plane, robots in disguise blowing each other up or giant tidal waves washing away New York?

But a funny thing happens about halfway through the film. You realise that – Like Hulk – you haven’t seen a lot of Iron Man mayhem. And the reason is because (gasp!) you genuinely do like the characters, and their stories are as interesting as the obligatory action.

Most of the reason for that is the casting. Robert Downey Jr is a masterstroke as weapons developer Tony Stark. Any other generic hero-type would have made the iron-free scenes dull, but Downey Jr’s dry, sardonic, motor-mouth schtick is not only watchable but perfect fodder for a superhero character rather than the ‘tortured soul’ every other superhero movie has aimed for.

Another huge nod goes to a fully fleshed out supporting character in Jeff Bridges, looking like you’ve never seen him and bringing much more to the role of Stark Industries CEO Obadiah Stane.

The other reason Iron Man works so well is because when director Jon Favreau does deliver the promised action, he does so wholeheartedly. Even though there’s nothing as audacious as the climatic smash-up of Transformers, Iron Man’s thrills trick you into thinking they’re much bigger and more destructive than they are.

There’s a fair degree of gadget technophilia and the CGI of the clanking machinery of the iron suit’s development and use is very well done, supporting the strong characters with some real action/adventure credibility.

If you’ve seen the trailer you’ll know much of the plot. Rich playboy Stark inherited a defence contracting corporation from his engineer father and has turned it into a US defence goldmine with his futuristic weapons design.

On a routine sales pitch trip in the wilds of Afghanistan, his convoy is attacked and he’s taken hostage, put to work by a band of interchangeable, bin Laden-alike Arab terrorists to replicate his latest tool of destruction for the bad guys.

Instead, he puts his ingenuity to work to build a crude prototype of the suit that will make his name, busting out of captivity in explosive circumstances.

Stark returns home a changed man, deciding to use his smarts for good instead of (as he now sees it) evil. It’s a character development that would strangle the appeal of a lesser actor in the role, but Downey Jr loses none of his gatling gun wit – just watch him interact with the fire extinguisher robot in his workshop.

Stark replicates and refines the design he built in the caves of his captors, and Iron Man is born. Favreau and writer Mark Fergus take the tired old clichés of the superhero origin story (first tentative steps understanding new power, first test run in secret, first appearance on the radar – literally in this case – and first heroic act) and make them likeable and funny.

There’s a wealth of back-story and script nods that’ll go over your head if you’re not a devotee of the comics, as well as a bevy of cameos and big names who don’t appear to have made the final cut, but Iron Man is every but the superhero movies the studios have been aiming for over the last ten years – a cool adventure movie with characters we care about.