Skip to content
February 1, 2008 in Desktop See more stories from this title 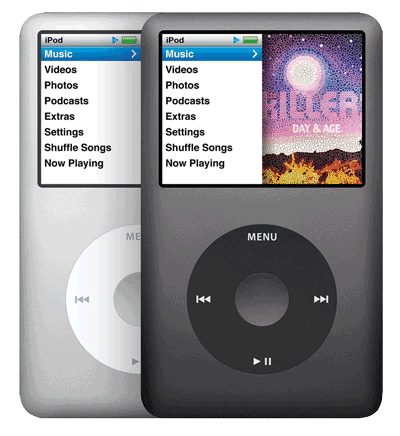 The hoopla that surrounded the US release of the iPhone earlier this year was tinged with disappointment that Apple isn’t releasing it in Australia until some time in 2008. So unless you’re on of the hardcore nerds who flew to the US to buy one and hack it for use on local networks, the iPod touch will be your first official taste of Apple’s new interface.

The touchscreen is nothing new, but as usual Apple is making the technology its own by designing a gadget where form and function meet in a beautiful sweet spot. Although only about 5cm thick, the device has the length and width as a late model video iPod, but almost the entire surface is taken up with the 75 x 50cm screen, the Home button below it.

The most interesting thing about the iPod touch isn’t the touchscreen, however, it’s the ability to access web content over a wireless network. As a feature of a small media player it’s a no brainer — who knows why Apple took this long to include it? What it also means however is that the ability to connect directly to data networks is inside, so expanded connectivity could turn up in future models — maybe in advance of the iPhone’s local arrival.

The nerve centre of the iPod Touch is the home screen, which you can return to at any time by hitting the Home button. It contains similar icons to the iPhone that lead to various services such as the music, video or photo player, calendar, contacts or web access.

Using the touchscreen to navigate your way around is not only easy but enjoyable, and for a little while you’ll be entranced simply with the capability to mine this deeply into things simply with one finger.

The ability to play video was a great new direction for MP3 players, but premature on the older iPod. Watching a movie made for a 40-foot screen on one just three inches wide is liable to prompt migraines, and it’s an ability the iPod touch improves upon a little, making good use of the screen size by playing videos in landscape.

There’s a host of other nifty features, like the accelerometer that senses when you’re holding the unit in either landscape or portrait mode. If you’re in the music player, it automatically displays your tracks or albums as a list or in CoverFlow (Apple’s pretty method of sweeping from left to right among files as seen in iTunes). Realistically, it only works well if you hold the unit perpendicular to the ground and look at it straight on rather than looking down on it in your hand as you usually would.

Like the first ever iPod, the iPod Touch is just a taster of what will probably follow. At either 8 or 16Gb, models with more features and storage are undoubtedly just around the corner. Desktop’s buying advice? Wait. $400 for 8Gb of storage is expensive. Grab hold of one and play with it by all means, but from past experience there’ll be a better iPod touch proposition from Apple any day.