Skip to content
August 1, 2007 in Desktop See more stories from this title 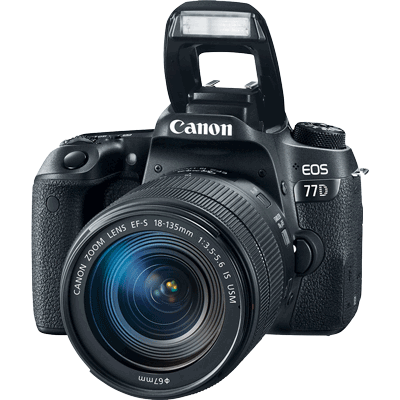 As in every creative and business field, the replacement of analogue information into ones and zeros has revolutionised photography. Drew Turney discovers what’s changed and where digital cameras can go from here.

When George Eastman set up the Kodak Eastman Company in 1888 to bring the photographic medium to the mainstream, he distilled knowledge of the physics of focusing light onto a chemical medium that dates back to the 4th and 5th centuries BC, when both the ancient Chinese and Greeks were describing and experimenting with optics.

Just as the basic principles of computing haven’t changed since 1947 with the room-sized ENIAC and its 17,468 vacuum tube transistors, the same principles of recording light have driven photography for over a century.

In fact, digital changed little at the mechanics-heavy front end of the procedure. Lenses and field regulation machinery still has to direct the light into the unit somewhere. It’s beyond the capture that’s changed.

What’s more, it’s changed a lot more than the camera. Digital photography has thrown the doors open to more opportunity, scope, possibility and freedom than ever before. The digitising of the image has put it within the reach of anyone outside the realm of the professional to swap, alter, reference and publish work.

Now, if the above paragraph sounds like spin from a camera vendor’s PR agency but made you feel slightly disquieted, you’ve seen the slightly dark heart of digital photography.

When cheap desktop publishing put the tools of the designer into the hands of everyone and their secretary, it didn’t make everyone a designer. Just look at all the company letterheads and websites with Comic Sans…

Likewise, digital has given everybody the power to call themselves a photographer, and Web 2.0 drivers like Flickr are at the pointy end of the charge.

So the biggest effect on photography by the advent of digital isn’t technological at all. As renowned South African-born, New York-based photographer Warwick Saint puts it; “Now [being a pro photographer is] more difficult than it’s ever been because of the amount of photographers out there and the technology that’s available to them. Anyone can come out of college, pick up a camera and say ‘I’m a photographer now’. While it’s become easier to take a great picture it’s become exponentially harder to be a great photographer.”

So besides turning the industry on its head, what’s changed inside the camera? Aside from moving from chemical emulsion to a charged coupled device (CCD) to capture the light, the most obvious change is the improvement of resolution.

We may already have hit a ceiling, however. One photographer we spoke to was about to invest in a 39 megapixel camera, which will produce raw files of about 30Mb — in turn producing single frames of up to 120Mb. Beyond that, he admitted; “Ask any commercial photographer – we don’t need more pixels.”

So if we have more capture resolution than we know what to do with and the rest of the technology dates back to the invention of the car, what else can change?

“Every individual component’s improving incrementally,” says Nikon’s Craig Gillespie, “even if it’s a five percent improvement to the lens or the works.”

Nikon are trying to lead the charge in several areas of performance. One is the Nano Crystal Coating system, an antireflective coating Nikon says eliminates internal lens reflections and helps cut down the sort of ghosting and lens flare you find in wide-angle lenses.

Another is in accessorising, and no, that doesn’t mean a Hello Kitty camera bag. Accessories being explored and rolled out now by some vendors include inbuilt GPS, which can broadcast or transmit the location of the camera if you’re a news photographer on the run.

Another area of improvement isn’t simply to collect every photon of light you can, but make the best use of the light there is. In that regard, digital cameras are destined to get smarter rather than simply ‘bigger’. An example — with Nikon again — is the creative lighting system. Taking a light profile of the impending exposure and adjusting the settings is nothing new, but the additional information the flash can bring out usually isn’t compensated for.

Nikon’s system has the flash give an imperceptible burst to take an extra reading of the scene and adjust further. It can also emit a burst from banks of connected flash arrays and take them into account as well. It all happens in the space of a split second, adjusting your camera settings to compensate.

All other technological advances aside, there’s one thing every photographer needs more of… speed.

Digital’s biggest advantage is instant feedback. Without both pro and consumer digital photography, the ubiquitous coverage of the September 11 terrorist attacks would have been very different. A news photographer’s greatest asset is finding out he has the picture on the fly or — as one photographer put it — ‘more importantly you know when you don’t have the shot.’

History in the making isn’t the only thing that passes quickly. Warwick Saint does a lot of celebrity shoots, and he remembers well a session with Drew Barrymore where nobody had told the stylist the star wouldn’t pose in any clothes by designers associated with fur products. The team spent most of the scheduled time resourcing fashions and restyling the shoot, leaving little time for shooting. In the pre-digital days it wouldn’t have left time to produce contact sheets and nobody might have known until it was too late that none of the shots worked out.

Even when things go right, Saint describes the energy on a shoot, one you can’t always maintain or replicate and which changes when you’re not working with the immediacy of digital. “Often the images you end up using are in the first couple of shots. I usually get my shot in the first three or four frames now I use digital.”

So the answer to the question ‘what can get faster in a camera’ is a resolute ‘everything’. Just like in a computer, the image recorded by the CCD has to be processed and made into a digital file. And like a computer, the processor and workflows that perform that task can — and are — getting faster all the time.

The processor has to employ algorithms to read every hue and shade recorded by the CDD and render them according to what the human eye should see. It has to use the result to build a digital file. It has to process and display it to the photographer on the LCD. It needs to move it — either across a cable to a base station or onto the memory card. By the time you see the image you’ve just taken, the camera’s been very busy.

Time can also be saved by not having to navigate through pages of menus and instructions applying settings according to your shot. The use of profiles can cut your time setting up the shot in half, as well as put more control over the colours and look in your hands when you click the shutter rather than later sitting in front of Photoshop. An example is the Fujifilm FinePix S5, which contains five presets called ‘film simulation’, used to reproduce skin tones under several lighting environments.

We also can’t forget the impact of improved broadband coverage when it comes to file transfer — particularly wireless. Many cameras are now coming with wireless modules that will transmit your images straight to your laptop or portable hard drive, a process you don’t want tying up your processing power and slowing down your operations.

Then there are the more obvious changes; as technology advances, it gets not only smaller and lighter, but cheaper. Consider the OH&S ramifications of carrying around a huge kit of equipment for your media conglomerate employer.

The End of Film

So what are the pros using? Digital hasn’t taken over completely, but it’s about 80 percent of the way there, according to photographers informally polled by Desktop.

Film is being squeezed out of commercial photography by commercial forces. As in the design, creation and delivery of everything from publications to films, the instant result of digital quickly became the industry standard, and making your client wait for a contact sheet to be developed with prints for them to select from is becoming an anachronism.

Using the overarching principles of photography — integrity of your lighting design or management and composition — digital offers quality as good as film. There are still film purists who’ll wax lyrical with all sorts of words like ‘spirit’, ‘tone’ and ‘texture’, and in hobby or art photography that’s fine, but commercial work happens as fast as it takes for an email to traverse the world from your New York or London agency, and maintaining ‘digital integrity’ is the first step towards making digital work.

Digital isn’t without its problems, even for pros. First, there’s the bar rising off into the distance no matter how much we advance. Nobody would have believed we’d have use for a 200Gb hard disk in a PC 5 years ago, but we weren’t storing our entire photo collections and short films on them in those days. It was put most succinctly by Pixar animator Gini Santos, visiting Australia in June to promote the film Ratatouille; “The more we have to work with, the more we tend to want to do with it.”

Plus, if you’ve ever developed a website for a particularly unenlightened client, you know how painful it is trying to explain the nuances of screen resolutions, browser widths and platform fonts. “In digital you don’t know how the client’s looking at it,” Warwick Saint explains. “You don’t know if they’re using an uncalibrated monitor or a compressed JPG and a large part of the job is client education. It used to be all on contact sheets, but first impressions can be tricky when you use digital and first impressions are everything.”

Consequently, Saint never gives out raw files, instead sending them to his colourist first and providing the result to the client with a hard copy print so everyone knows what’s being delivered.

Which brings us to the second biggest commercial (and social) change wrought by digital. You wouldn’t find many people even outside the art field who don’t realise the extent to which photos are tinkered with nowadays. It’s been the subject of many a before-and-after scandal in the tabloid press.

For as long as there’s been electronic publishing, no stone’s been left unturned for perfection — no wrinkle removed, breasts enlarged, ears pinned back, lips made poutier, hips removed, grey hair removed or teeth whitened.

It’s not only digital tinkering that’s an industry in itself, but changing the shape of people into (as the tabloids frequently howl) unattainable forms.

No, that’s not hot news. But it’s not publishing’s dirty little secret any more, many retouching houses touting themselves on their skills to wrangle just such changes.

A digital retoucher is in many ways a modern pro photographer’s closest companion, simply because he or she never knows the end result that bear his or her name when a client farms it out to their own retoucher. “What they do is no longer reality,” comments one big name pro, “it actually borders on illustration.”