Skip to content
February 1, 2007 in Books & Publishing See more stories from this title 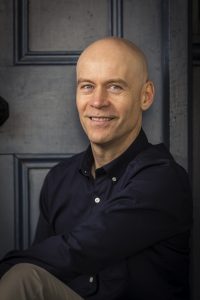 Why are you bigger in the US than here?

I got published in the US first so pretty much my whole career I’ve had the problem of trying to break into Australia rather than break into the US. It’s meant I’ve been able to make a living writing where if I was just published in Australia there’s no way I’d be able to do that.

So did you try to crack the US first?

I was looking for a publisher for [first novel] Syrup. I didn’t know how you went about getting a publisher so I did some research on the Internet in about 1996 or 1997. Almost all the Internet was American at that stage so I kind of picked up how to get published in the US by accident.

How does it feel being bigger in the US than at home?

It does kind of bug me that in Australia I’m not very well known whereas in the US I have a bit of a fan base. It’s nice to read great reviews in the American media but it means more if I can see it in a paper I know.

So why set your novels in America?

Syrup was a satire about marketing. It just wouldn’t have worked set in Melbourne because it had to be about Coca Cola and Los Angeles and all that stuff. Because of that I ended up with an American story.

[Second novel] Jennifer Government was partly set in Australia and partly in America and I didn’t want to either alienate American readers or patronise Australian ones so I ended up with a very Americanised Australia. Australians read that book very differently than Americans do. We’re a lot more in touch with the feeling of being swamped with American culture and losing some of our national identity.

Are you trying to avoid alienating American readers by not setting a book in Australia?

Setting for me is the last thing I think of. Company is set in Seattle, but that was a late change. It was kind of set nowhere at all for about 90% of the draft before I decided it needed to be set somewhere.

I’m not very interested in the environment or look of a place, it’s always been about the dynamics of the people for me, so the ‘where’ doesn’t really bother me until way down the track.

How is Company different to Jennifer Government?

In Company I said all the things I wanted to say about working for a big company as bitterly and viciously as I could.

Jennifer Government is a story that takes place against a backdrop of ultracapitalism. I didn’t set out to make a point, I set out to tell a story. In Company I set out to expose the inner workings on corporate life and its effect on human beings.