Skip to content
April 27, 2010 in The West Australian See more stories from this title 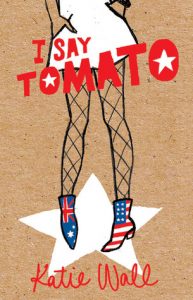 Along with divorce, sex scandals and stars in rehab there’s an institution that’s as old as Hollywood itself — the tell-all book. Australians chasing the big time in LA have had their share of entries to the genre. The first example was 1994’s Sex Without Madonna by Peter Phelps. In 1996, former Home and Away starlet and wife of Sascha Baron Cohen (Borat, Bruno) Isla Fisher wrote the Seduced By Fame, the ficitonalised the account of a young Australian actress in America desperate to make it in TV.

We’ll probably never see kiss-and-tell memoirs of Hollywood adventures from Nicole Kidman, Hugh Jackman or Russell Crowe — when one reaches such a level of influence in the US film system one no doubt avoids biting the hand that feeds one.

It was something The West kept in mind reading Sydney actress Katie Wall’s novel I Say Tomato. Without giving too much about the ending away, Wall’s heroine Sunday doesn’t quite ‘make it’ — at least not in the way we expect. So when we talked to her at her Sydney home we were curious about how close I Say Tomato was to Wall’s own experience in Hollywood. Because Sunday doesn’t end up the next Naomi, Nicole or Cate, is Wall by extension admitting defeat?

“It’s based on an actress but the premise is a girl deciding whether to get married,” Wall says. “And yes, I’m an actress and I’ve spent time in LA so I’m not an accountant trying to write about what it’s like to be an astronaut or Googling what it’s like to be at the Sundance Film Festival or go to big premieres. I experienced a lot of what’s in the book but it’s definitely not my story.”

So even if you won’t learn much more about Wall’s private life from I Say Tomato, you’ll probably recognise her if you’ve been to an Australian movie or watched TV in the last few years. Along with roles in The Secret Life of Us, Love My Way, All Saints and Underbelly 2 she appeared in local films Noise and My Year Without Sex, but it was her role in 2007s Clubland that put her on the map in the US. There was considerable local excitement when the film was selected for the Sundance Film Festival and released across America as Introducing the Dwights.

It was while living in LA (‘unemployed’, in her own words) that Wall started writing to pass the time. “I actually didn’t really plan to be a writer,” she says. “I certainly? didn’t ever expect to have a book published. About a year ago I entered a competition to win a week at a writers retreat, and the organiser passed a couple of chapters to my publisher, who offered me a publishing deal. But I hadn’t written anything before I Say Tomato and I haven’t studied writing.”

Following something of a rite of passage for young Australian actors, Wall did a whirlwind publicity tour of the US to support the release of Clubland and she says the difference between their industry and ours is one of sheer volume, a temptation that proves too much for some local talent. “In Australia, even as a working actor you only get a few jobs a year,” Wall says. “If you’re really lucky you can get a part in a film but with only a handful being made here there isn’t going to be enough parts. Even the top actors can barely support themselves just on acting in this country so of course that’s why that’s why you go to America.”

But no matter what kudos I Say Tomato, Clubland or her other work has gained for her, Wall is happy right here at home, surviving on the local scene and nursing her new baby. “I’m really happy here. I might go back to the US some time in the future but I’m a lot happier living in Sydney. I just can’t believe how lucky we are in this country, and you only really appreciate it when you leave.”