Skip to content
December 1, 2004 in Filmink See more stories from this title 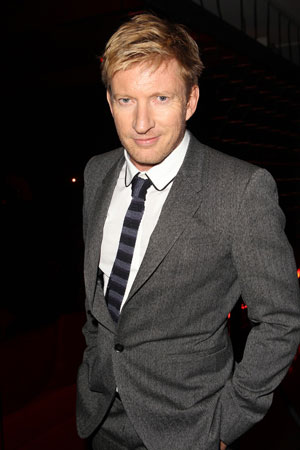 Here’s two extremes from the world of acting; at one end of the scale, at least 90% of actors in most markets in the world are out of work. At the other, Jack Nicholson’s salary deal for 1989’s Batman was a take on the profits from the film, any sequels, and any related merchandising. He was reputed to have pocketed $60m from the first film alone.

But in a time when the Australian film industry is said to be in crisis, has the path to acting success changed much? Just how do you get there? Do you need the training? Do you pursue stage or screen? Do you pose for Playboy and check into rehab?

Plenty of NIDA graduates are still doing nightfall at supermarkets, and yet Australasia’s biggest acting export to date — Russell Crowe — has never done any training. The notoriously wooden performances of plenty of rich and famous ‘actors’ are an insult to the hordes of talented unknowns getting doors slammed in their faces. If there’s a secret, what is it?

There’s one essential to being a good actor (as opposed to just being a celebrity, which takes nothing more than a bit of controversy and media awareness), and it’s no secret.

Sandra Stockley, seen in recent feature Watermark and the upcoming Playing with Piranhas, can relate completely, adding that like most creative disciplines, it’s a need as much as a desire.

‘Actors are born rather than taught,’ she says, ‘and you never get over the addiction to acting — it’s something you can’t live wholly or happily without.’

Of course, being the most talented actor in the world doesn’t mean you’ll be the most successful. Harrison Ford was a carpenter at 20th Century Fox when George Lucas asked him to feed lines to other actors during auditions, not intending to give him the part of Han Solo. So how much of it is luck? Only so much, according to David Wenham — and he cautions not to rely on it long term.

‘There’s certainly a degree of luck, absolutely. Being in the right place at the right time and knowing the right people can often facilitate work. But unless do have talent all the luck in the world isn’t going to give you a career in acting.’

To Sandra Stockley, luck is something of a self-fulfilling prophecy — particularly if you do everything you can to drive your own career forward.

‘There’s an expression I love,’ she says, ”The harder I work, the luckier I seem to get’. Luck will inevitably play a role in a career, but there’s a lot to be said for plain hard work and determination, and you must be open and ready for the luck that comes to you.’

Tony Knight knows something about giving actors the best possible preparation for their careers and then releasing them to the winds of chance. The Head of Acting at NIDA, believes training is an essential part of developing what’s already there.

‘It’s vital if you want longevity and versatility,’ he says, ‘far too many young actors find acclaim in naturalistic soapies and then fail abysmally on the stage. They’re generally employed due to the character’s emotional lives and become typecast basically because they lack technical skills, so they end up just playing themselves.’

Andrew Lewis, Program Director for Performing Arts at the prestigious Western Australian Academy of Performing Arts (WAAPA), agrees, but is careful to note that all the practical knowledge in the world won’t make you an actor.

‘It’s very hard if you don’t have ability,’ he says, ‘because you can slap on a technique, but what makes someone really interesting is what they have before they even come to us. We can’t address what you are as a human being, all we can do is take on people with potential and hopefully nurture that.’

The Greatest Show on Earth

‘Stella Adler was once asked if her pupil, Marlon Brando, was a great actor,’ Tony Knight recalls. ‘She said although he had greatness in him, we’ll never know, as left the theatre after A Streetcar Named Desire. There are great roles in film and TV but it’s really only theatre and the great classical roles that truly tests an actor’s art.’

To WAAPA’s Andrew Lewis, they’re two very different kinds of acting. ‘There’s a great reliance on self in screen acting. What we see is the eyes being the window to the soul. So it’s about being available to your emotions sharing your vulnerabilities. On stage, you’ve got to reach out to an audience, so quality of voice and movement become incredibly important, there’s a kind of projection of performance. The camera’s much more intimate.’

Has there been a worse time to try and become a successful actor in Australia? With reports that film production in Australia is steadily dropping, it only looks more dire for our actors and technicians. Is there more and more pressure for actors to try and hit the big time in America?

The economics aren’t good, and to Tony Knight, the local entertainment institutions in Australia aren’t helping. ‘The ‘baby boomer’ aesthetic — which has dominated work for the past thirty years — is wearing very thin,’ he reckons. ‘We need new voices and ideas from young undiscovered talent. Television is dominated by reality TV and the theatre movement seems earnest but it’s repetitive.’

The Cult of Personality

But is that what you want? I suggest to David Wenham that with the amount of famous stars around who can’t act, acting skills aren’t as important as an opportunistic publicist.

‘But look at the kind of movies they’re in,’ he counters. ‘Would I like to be in them? Not necessarily. The proliferation of reality shows is a reflection of society; fame and fortune motivates a lot of people. What interests me is the opportunity to work with talented people on projects that stimulate me and work to investigate and develop characters that fascinate me.’

So if there’s no definite path to acting success, no underground society you have to join, no secret password or spell you can cast, how do you know if you’ve got what it takes?

‘First of all, you need to be resilient to be able to handle the constant knock backs,’ Andrew Lewis says. ‘Then you need a empathy and compassion for other people, so that you can observe. What you’re doing by acting is playing someone else, and what enables you to get into the character is the study of human nature.’

David Wenham advocates doing everything you can to stay in the game, no matter how employed you are. ‘Very early in my career I put all the funds I’d made from various other jobs into my own show, which I paid for, produced and co-directed. I did it all myself, and it was such a rewarding experience. It gave me an incredible amount of confidence and also opened up doors.’

In fact, everyone interviewed listed similar personal attributes (‘optimism, resourcefulness, tenacity and determination’ according to Sandra Stockley) before any practical knowledge or training.

The NIDAs and WAAPAs of the country are full to bursting and turn away at least the number of people who apply every year. And we’re not all rich starlets with New Idea or Ralph doing our marketing for us free of charge. Like everything about trying to get into the movies, the odds are stacked very much against you — even if you do have talent.

But don’t forget the immortal line from one of cinema’s greatest studies of the acting craft — Mortal Kombat: Annihilation — ‘Do not underestimate the power of the human spirit!’