Skip to content
October 29, 2019 in Moviehole See more stories from this title 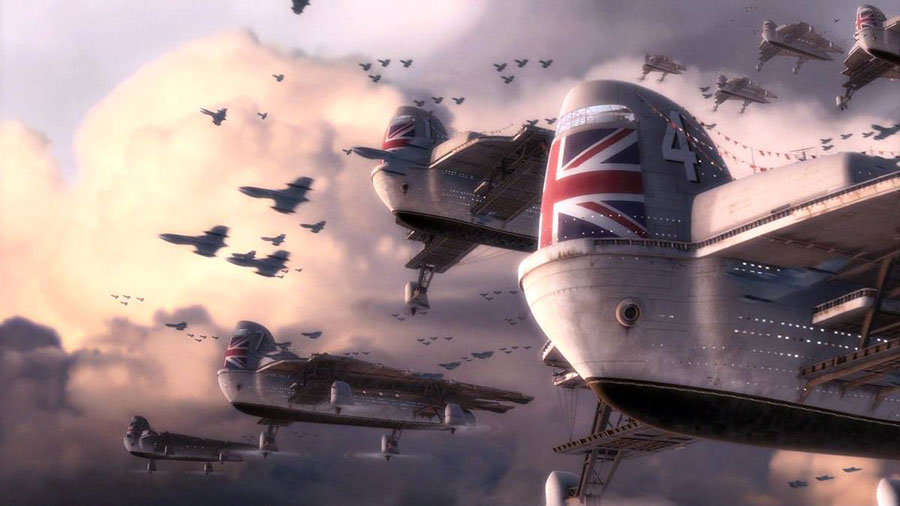 On the 15th anniversary of Sky Captain and the World of Tomorrow, Drew speaks to writer/director Kerry Conran.

Think of the technological advancements we’ve seen in moviemaking in the 125 years it’s existed as an art form. From the kinetograph, patented in 1891, to talkies, colour and special effects throughout the 20th century, the story of movies has always been one of technological one-upmanship.

Like the digital technology that now drives movies, the 21st century has seen even more milestones, from realistic colour 3D to 4K, cloud computing data delivery and beyond.

But among the changes technology has wrought, the most pervasive must surely be computer-generated visual effects – the backgrounds, foregrounds, characters, action scenes and physically impossible images created inside the computers of VFX houses the world over, the director and actors on set working with a few simple interiors and props.

Today almost every huge, midyear action adventure movie (the business model every Hollywood studio is vying to conquer) is more cartoon than movie, a handful of live action clips surrounded by thousands of effects shots and elements.