Skip to content
January 2, 2020 in Variety See more stories from this title 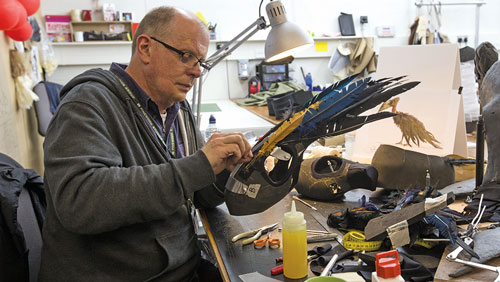 Call it the J.J. Effect. Animatronics – along with similar techniques like puppetry, makeup effects and miniatures – is making a comeback.

The work was long responsible for some of the most iconic characters and scenes in cinema history, then shunted aside in the 1990s as CGI became cheaper and delivered ever more realistic results. But J.J. Abrams, a director who’d grown up in the effects heyday of the 70s and 80s, followed his love of those arts and the cinematic language of Star Wars when he included a wide range of animatronics in 2015’s The Force Awakens.

Now, Hollywood is rediscovering its love of puppets controlled by motors, gears and cables, whether via the expansion of the Star Wars universe or in movies like Netflix’s Dark Crystal reboot, Age of Resistance.

Film fans of a certain age (which include many of today’s directors) never fell out of love with so-called practical effects. So why did CGI so effectively kill off animatronics? Millennium FX CEO Neill Gorton says one reason was to defer costs. “If you wanted animatronics on film, you had to condition them months before,” he explains. “You can spend money upfront on animatronics or go get a great reel of footage, and someone will [put] up more cash to get it finished; you can defer the [creative] decision for three or four months.”