Skip to content
October 5, 2020 in Redshift See more stories from this title 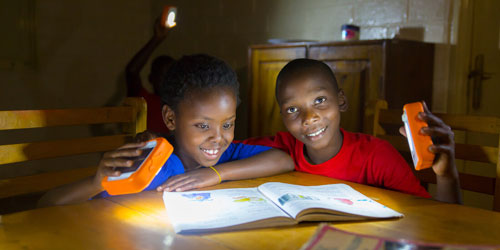 One of the most pervasive forms of poverty isn’t food or work scarcity; it’s not having enough access to light, also known as energy poverty. Roughly one in five people globally have limited or no access to an electricity grid, which means they have to burn kerosene or solid fuels for light when the sun goes down””a practice that leads to 190 million tons of CO2 annually.

“Energy poverty is one of the worst forms of poverty,” says Johnathan Lamb, design and development manager for SolarBuddy, an Australian nonprofit working to bring light where it’s needed most.

“Every night, more than 700 million people are plunged into darkness, and they often depend on harmful forms of energy like kerosene. Families can spend up to 40% of their income on lighting and cooking fuels, which only feeds the cycle of poverty. Fighting energy poverty fights the cycle of poverty, and it’s a crucial part of a sustainable and just world.”

Energy poverty has a disproportionate impact on children. Kids in emerging economies are exposed to the same harmful fumes, respiratory problems, and burn injuries as adults (4.3 million people die each year from indoor air pollution), but, additionally, a lack of access to adequate light also reduces studying time, which affects children’s education.