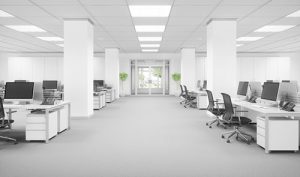 Hot-desking is still a thing, but the secret to making it work is to look beyond mere desks and realise it’s not about moving, swapping or removing furniture, it’s about working with staff to enact deep cultural change.

The term ‘hot-desking’ was a hot buzzword back around the time we accessed the internet on Netscape Navigator through a dial-up modem, but it never really took off. Like the Apple Newton, it might simply have been before its time.

But the term was also a bit of a misnomer, because simply removing desk ownership is never going to work. And in a more globalised world, where work relationships are both more dispersed geographically and closer enmeshed technologically, the cultural need for a new way of working might be more urgent than ever.

First, get used to a new term; activity based working. Second, it’s about much more than just saving desk space – the drive to implement it should be about something deeper. In fact, hot-desking initially went off the rails somewhat as a concept because people went about it the wrong way and for the wrong reasons.