Skip to content
May 1, 2007 in Australian Creative See more stories from this title 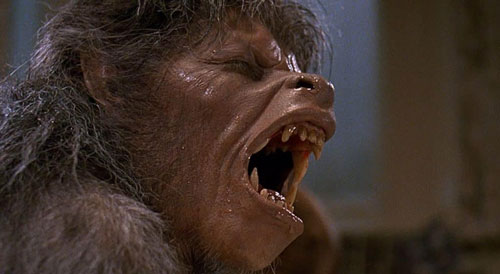 Aside from the unwitting service Mrs Savini did to the film world in nurturing the talent that would lead to the iconism of Dawn of the Dead and create a revolution in cinema, it speaks volumes about the nature of special effects. Early pioneers didn’t have classes in which to learn their craft and little material resources, relying on twine and duct tape, tomato sauce and their imaginations.

While films like An American Werewolf in London were bringing in-camera make-up effects to the forefront of cinema and leading the charge to the blockbuster era, two young Sydney make-up and model enthusiasts converged on the Hollywood Halloween Monster Making Contest in the US, judged by industry luminaries like Dick Smith and Rick Baker.

The experience intrigued commercial illustrator and graphic designer Paul Katte and model enthusiast Nick Nicolaou and encouraged them to open the Sydney doors of Make-up Effects Group 20 years ago this year.

Katte and Nicolaou blazed their own trail, a broad and seemingly well-fitting mix of skills and interests fostering MEG’s reputation over the years. After Katte’s design background and Nicolaou’s interest in model and creature sculpting, the two now consider themselves very hands on whatever the job.

“We both do a bit of everything,” Katte says, “design, sculpting, painting or mould making — then we bring in extra crew as the job calls for it. If you start up a company like this, it’s a must to be well versed in all areas of the process, so you know how to evolve every facet of whatever you’re creating. You don’t have to do every step of the process, and you can’t really on big jobs with tight schedules, but you have to ensure things are being done at the highest level.”

So despite a full staff of only two, Make-up Effects Group has evolved into one of the go-to companies in the industry. Their website breaks down their services into several distinct areas — design, prosthetics, animatronics, models, costumes and puppets — but Katte and Nicolaou have to be ready to turn their hands to anything and everything including combinations of the above.

“The industry works on a subcontracting basis,” Katte explains, “so we bring people in depending on the skills required and how big the job will be. We can go from two people to 20-30 on big jobs.”

To anyone with a passing interest in in-camera effects, MEG is most famous for their work on Warner Brothers’ 1999 behemoth, The Matrix. While Katte agrees the project took them to the next level to an extent, it wasn’t the first Hollywood film to shoot in Australia, and they worked on the 1989 version of The Punisher and the small wave of sci-fi films made in Queensland in the early 90s (Fortress, Escape From Absolom).

But the Wachowski brothers’ magnum opus was their calling card in Hollywood, kicking off what Katte describes at ‘the wave’ that’s led to Make-up Effects Group being on of the world’s most respected effects wranglers.

Since then, Katte and Nicolaou have found themselves in the enviable position — considering the up and down nature of special effects in Australia — of rarely if ever being out of work.

“We always seem to have work, whether in TV commercial campaigns or feature films here and abroad,” Katte says. Asked how or if Make-up Effects Group markets itself, he explains the other enviable position he and partner Nicolaou find themselves in — that their work has been on screen in front of audiences worldwide and maintaining quality speaks for itself.

“We’ve built up a good reputation over the years which does speak for itself I guess,” he agrees, “but we try to market ourselves as best we can, which is hard when we’re busy. Our clients have been loyal and we’ve kept a high standard of work throughout our careers, so it’s a balance of reputation and remaining visible.”

Becoming so well known — let alone keeping a roof over one’s head — is no mean feat in an industry so enslaved to trends. As anyone who’s been to the movies in the last 40 years knows, sometimes effects-heavy films like horror are in fashion, sometimes they aren’t. And as anyone who’s peeked behind the scenes knows, the proliferation of effects outsourcing in the digital age has given rise to a huge number of purveyors clamouring for transient and unreliable work.

In a field where every job is by its nature different, some creative processing and administration is also called for. While believing there’s no such thing as a ‘normal’ working process, Katte reports they have to stay on the lookout for efficiencies. “You have tried and true techniques but they’re always put to the test when the next job comes in. Materials are always changing, people’s requests are always slightly different. You can’t create a production line that’s set in stone for the next job.”

When a kiwi not even in his teens once crawled around on his parent’s kitchen floor remaking King Kong, nobody could have imagined Universal would give him $200 million to do the same thing again years later. And while Peter Jackson’s rise to the top is legendary, we’re actually surrounded by stories of making it in the movies. When two Sydney kids in the mid 80s fell in love with special effects, they might have only dreamt their work would end up on movie and TV screens everywhere, but after a very Hollywood arrival, the Make-up Effects Group shows no signs of slowing down.