Skip to content
December 1, 2007 in PC Powerplay See more stories from this title 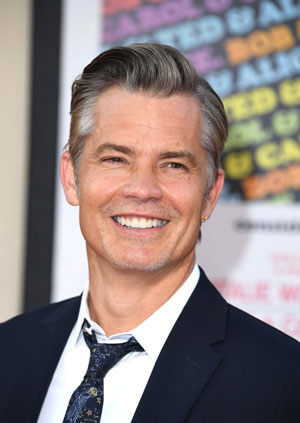 When you talk to an actor or director making a videogame adaptation, the elephant in the room nobody wants to mention is the reception (and quality) of most films based on games.

“I knew nothing about the game but when I got the call offering me this movie based on it I just assumed ‘crap’,” says Hitman star Timothy Olyphant, sounding relaxed late one night from his LA home and explaining how the bald, smooth Agent 47 won him over.

“It was a knee-jerk reaction and probably rightly so given the history,” he says, “But I looked into it and from what I’ve seen and read the game is astonishing, very elegant and cool with an iconic character. The script just put aside any concerns I had and I could tell it was going to be this visually stylised thing.”

The latest in a long line of remorseless, clinical killers — everything from The Terminator to Jason Vorhees — Agent 47 must be a performer’s dream, requiring little more than walking around in slow motion with no facial expression and shooting people. Mindful that actors are always talking about the challenges of the work, PC PowerPlay tentatively (lest Olyphant seek us out with his twin silenced Glock 17s) asks what was involved.

“You don’t have to do too much for the character because it’s his actions that define him,” Olyphant agrees as we let out a relieved breath. “So the fun is in trying to find other angles so it doesn’t just become a bunch of snarling and killing people. I always looked at him as having this travelling salesman aspect to his job. There must be a level of it being like anybody’s job with a bit of monotony to it.”

So after impressing in everything from romantic drama (Catch and Release), smart teen comedy (Girl Next Door) and now the slow-burn action of Hitman, Olyphant’s proven his thespian chops. If anyone can break the curse of video game adaps, Agent 47 might be the one we’ve been waiting for.