Skip to content
September 25, 2011 in The West Australian See more stories from this title 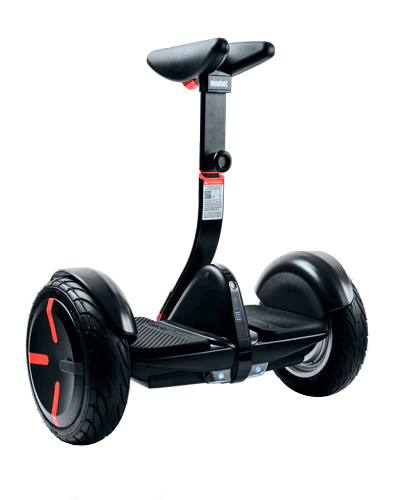 For every iPod, there’s been an Apple Newton. For every Porsche Careera, a DeLorean. We spend far too much time celebrating the successes of the gadget world when the failures are just as memorable and often much more fun to talk about.

Just when public health authorities were starting to worry that our sedentary lifestyles were leading to an epidemic of obesity, an American (where else) invention came along that offered respite from the tiresome inconvenience of walking itself. Hugely successful at technology conferences trying to look hip by organising segway races and segway basketball tournaments and failing dismally everywhere else, it remains illegal for road and footpath use in government traffic jurisdictions the world over. So unintuitive to drive the company’s boss died in late 2010 when he ran his over a Yorkshire cliff.

Released along with the original iMac when Steve Jobs returned to the company he founded and rescued from certain bankruptcy, the attractive new mouse was the single dark spot on the sunny Apple horizon. Irritating in the extreme as you grabbed it, moved it and watched your pointer race off in the opposite direction. It seems obvious now, but mice were shaped to fit lengthways in the hand for good reason.

Fag company R J Reynolds was quick off the mark responding to health concerns about secondhand smoke and thought they’d clean up in this cutting-edge new sector. The technology worked by heating and aerosolising the tobacco flavour in the cigarette rather and burning it. Smokers reported a taste somewhere between charcoal and burning human flesh, and when rumours began circulating about its suitability as a crack pipe, Reynolds quickly and quietly pulled the $1bn product line.

Post-war prosperity flooded the home and workplace with every conceivable gadget and convenience that rivaled even the tech-hungry era we live in today, so for a car to fail so dismally took great talent. After spending $400m developing their flashy new model, Ford ended up flogging them desperately for $3-400 and offering dealers credits for unsold models. After a huge publicity effort the reaction to the iconic grille varied between ‘toilet seat-shaped’ and looking like ‘it had sucked on a lemon’.

It’s hard to believe the 70s kitchen staple is so old. It’s even harder to believe it’s endured so long if you’ve ever had one. It seems like a wonderful idea — instead of wasting money on expensive soft drinks that are no more than sugary syrup and carbonated water (and filling landfill with more PET bottles), you only have to buy the flavouring and some gas cylinders for endless fizzy drinks on tap. It just might get a little more market share if it didn’t taste like you’d just shot a mouthful of diesel fuel laced with Perkins Paste down your throat.