Skip to content
April 30, 2008 in The West Australian See more stories from this title 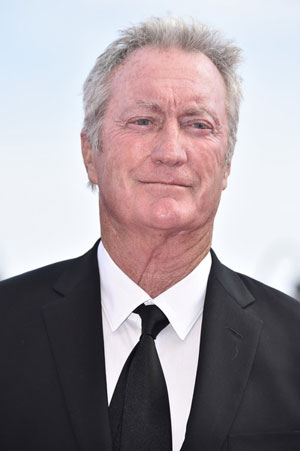 The first thing The West wants to ask Bryan Brown is why, with his profile and experience, he hasn’t made the leap to Hollywood like so many of his star countrymen.

“When I first started acting everyone was doing English and American plays on the Australian stage,” Brown says. “So I had a couple of years in English theatre and when I came back for a holiday I went to see an Australian play.

“It was wonderful. I knew who those people were on that stage. That excitement to be an Australian actor speaking as an Australian was really radical and new and fresh. I don’t think I ever got over that excitement. I enjoy telling Australian stories, it’s as simple as that.”

And just as Bana, Rush and Blanchett occasionally return home to do a small independent drama, Brown has dabbled in the big end of Hollywood with FX, Cocktail and Along Came Polly. He’s currently appearing in the sort of film he seems most comfortable in, Cactus.

As Brown explains, his involvement took on a life of it’s own when writer/director Jasmine Yuen Carrucan sent the script to his production company, New Town Films.

“Jasmine asked if I’d play the part of the cop and I just kept turning pages,” the 60-year-old actor remembers. “I was really taken by it and I liked the part and put my foot into it by saying ‘how are you going to make this movie?’

“She said she had a couple of bob and I suggested she come and talk to me. I was impressed when she did and I was silly enough to say ‘why don’t I help you get this up?’ Suddenly I was involved in a whole other way so it was easy for me to say ‘I’ll play the cop’.”

The part of Rosco the country cop seems tailor-made for Brown. He’s plain and no-nonsense, but has rural-flavoured personality in spades. Despite appearing in only one major scene, Brown makes an unforgettable impression in the part.

“I’ve played characters in a similar vein before but what I liked about this character was that he had his set of rules,” Brown explains. “You might not agree with a lot of things about him but he’s very enigmatic and brutally straight. He says ‘don’t muck up out there or you’ll answer to me’, and by Christ when they muck up, they do.”

In what must have looked liked a scene straight out of Hollywood, Baz Luhrmann’s Australia was filming nearby, both in and around the production’s country NSW base of Bathurst. Brown has a role in both films, and as a long-time promoter of the Australian film industry, it must have been gratifying to see.

“The thing that’s really good is that we’re making $100m movies and we’re making $1m movies,” Brown says. “I’m glad we’ve got those extremes going on. Making movies is tough. Hollywood makes loads of movies and only a few of them are ever really successful.

“We’re in the same vein as England or France. You hope you get enough films made that touch people and make people want to see more. As long as people are committed to wanting a film culture, you’ll always have your Breaker Morants or Kennys or Muriel’s Weddings or Shines.”

Indeed, for such a small country on the global scale Australia’s had many classic films, and one thing many of them have in common is Bryan Brown somewhere in the cast.