Skip to content
April 16, 2012 in The West Australian See more stories from this title 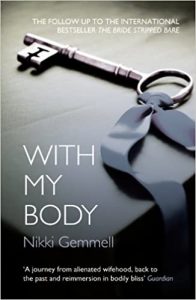 If you are or have ever been married, you know why the picture fades to black on Hollywood love stories as the couple gives in to their attraction and rides off into the sunset. All too often in today’s world, it’s the point where things are at their best in the relationship.

If you’re lucky you’ll settle into a comfortable place of companionable growth with a healthy dose of sexual satisfaction, but the reality for most of us is that the initial flush of bliss gives way to an endless haze of nappies, rushing to and from school gates, resentfully hurrying through meals to get back to work and collapsing exhausted into bed late at night without barely having glanced at each other all day. As a character in a smart romantic drama once put it ‘I feel like I run a nursery with someone I used to date’.

It’s a perennial theme in literature (think Richard Yates’ Revolutionary Road), and few modern writers manage to capture it as successfully as Australia’s Nikki Gemmell. Her new novel With My Body, the follow up to her breakout smash The Bride Stripped Bare (2003), is another tale full of salacious sex, but the far more knowing part of the book – it’s set in two very different periods in the protagonist’s life – is her married life in adulthood.

As a wife and mother to several school aged boys in the dreary cold of country Britain, the unnamed heroine’s life is crammed with carefully scheduled activity while only she knows about the hollowness in her life, overwhelmed and feeling guilty because of constant demands and not attracted to her husband any more – if she ever was.

Talking to Gemmell, 45, who lived in the UK but has returned to Sydney to raise her family, you’re struck with a thought. Because she famously published the sexually frank The Bride Stripped Bare anonymously before her very public outing soon after, many assumed it was autobiographical. Is the reason she writes about an empty marriage so well because she lived it herself during her time in the UK?

“People always ask me that,” Gemmell replies with a hearty laugh that punctuates much of the conversation. She’s ebullient, chatty and giggly when you expect the creator of such sharp and explicit literature to take herself terribly seriously.

“They’re novels, they’re fiction. I guess it’s hard for people to believe because I’m really interested in writing honestly and writing the truth. That’s the way I connect with readers. It may not necessarily be my truth but it’s some person’s truth. When you write in the second person there’s a distancing effect but also an intimacy, so you feel like you’re getting inside someone’s head. It can be very involving as a reader so some people make an assumption it’s about my life. There are shades of me in there but it’s impossible to pinpoint what’s autobiographical and what’s not.”

So with that out of the way, we can assume it wasn’t Gemmell who had an all-consuming affair with an enigmatic writer in a ramshackle house in the bush north of Sydney one summer as a teenager, a relationship against which all others would be judged and found wanting right through to her 40s.

But we have indeed lived through one very public aspect of Gemmell’s private life, when she was revealed as the author of The Bride Stripped Bare. At the time, keeping her name off the cover let her ignore her inner censor, the voice that told her to protect her and her family from what would turn out to be a host of embarrassing assumptions about her life (‘I was mortified people were reading it and knowing that I wrote it,’ she says). When it came time to publish With My Body, she felt no such need for secrecy.

“I’ve grown up,” she says with decisive frankness. “I’m my mid 30s I was desperately trying to protect all these little kingdoms around me like my family, my bewildered parents, my little boys who I thought would have to live with this for the rest of their lives.”

But the writing of The Bride Stripped Bare is ten years behind her and Gemmell describes herself as a different person. “I’ve listened, I’ve let go, I’ve found my own voice. I feel more courageous and emboldened to be able to say what I really think in life, and I think that’s just a process in growing up,” she says. “I was also very lucky because my husband took the whole brouhaha with good grace and humour.”

Of course, just because Gemmell’s moved on doesn’t mean the rest of the world has. The scandal surrounding The Bride Stripped Bare seemed in large part to be because the character of a mother – a sanctified, almost holy figure in our society – had her own strong and confronting sexuality (just watch any Hollywood movie to see how those two archetypes should never mix). Are we as a society really so threatened by the thought of women having their own sexuality and how forceful it can be?

“I absolutely think so, but I just wanted to write honestly about the female psyche and sexuality. It can be shocking but as one friend told me, With My Body isn’t shocking, it’s the truth.”

It’s also surprising to realise just how many of us languish in relationships that have devolved into endless shiftwork of household management and child-rearing in today’s world, where we’re supposedly so open about out sexuality.

“It’s really sad,” Gemmell agrees. “You think in the post Sex in the City world that we’re all so open with each other and we can talk about anything but that’s not the reality. It can be hard to speak essential truths about ourselves, our partners and what we want from our relationships.”

So from the husbands who’ve responded to the book’s sexiness (one woman told Gemmell her husband read it, threw it down on the bed, looked at her seductively and said ‘come here’) to the women who’ve told her it’s given voice to their fears, With My Body is as much as anything else a conversation. It gives a beating heart to the terror many people – particularly women – feel at the emptiness they keep carefully hidden. We only need to follow Gemmell’s lead and talk about it.